TAMPA, Fla. - Jefferson High School baseball is only in year one of the Spencer Nunez era, and they're already in the FHSAA State Tournament.

"It's been quite the ride," Coach Nunez said. "I'm not complaining about it in my first year."

Along for the ride is Coach Nunez's big brother, Casey. The two have coached travel baseball together for more than 10 years, so when Spencer was named the Dragons’ head coach, bringing Casey on board was a no-brainer.

"Anytime he asks me to do anything or go anywhere with him, I'm right there, and vice-versa," Casey said. "No matter if it's baseball, or something personal in life, we're always there for each other."

Coaching side-by-side is a dream scenario for the Nunez brothers, but there was supposed to be a third Nunez on the staff. Casey and Spencer's father Pasquale was going to be an assistant as well, but he passed away from renal failure in December before the season started. 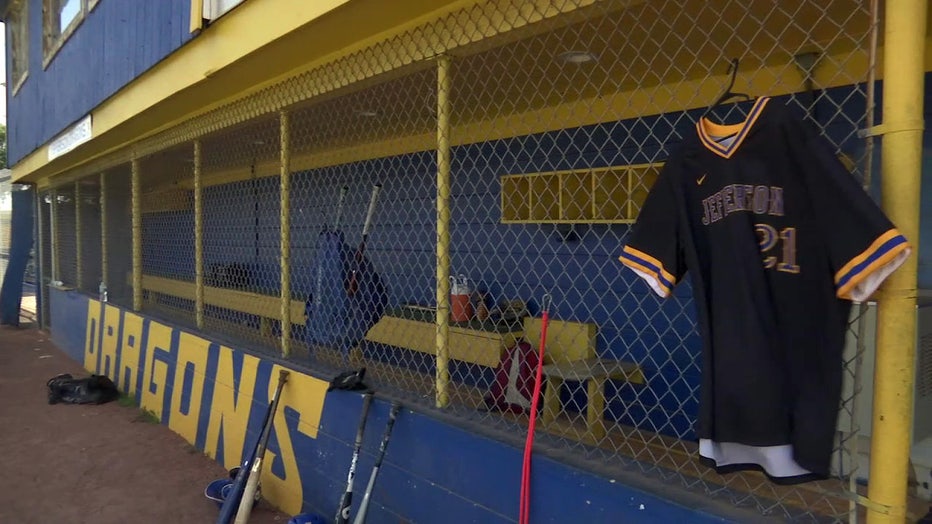 "We carry his jersey with us every game we go to," Spencer said. "It hangs in the dugout...We have an angel watching over us."

"I know it sounds weird, but there's a presence there," Casey added. "You feel your dad in the back of your head, (and hear) things that he used to say."

Casey says playing in the state tournament Tuesday in Fort Myers will be bittersweet.

"I went to state back in 2006 with Hillsborough High School, and my dad was on that coaching staff so the first time I got to experience going to state was with my dad," Casey said. "This time is definitely going to be difficult in the sense of not experiencing these things with him." 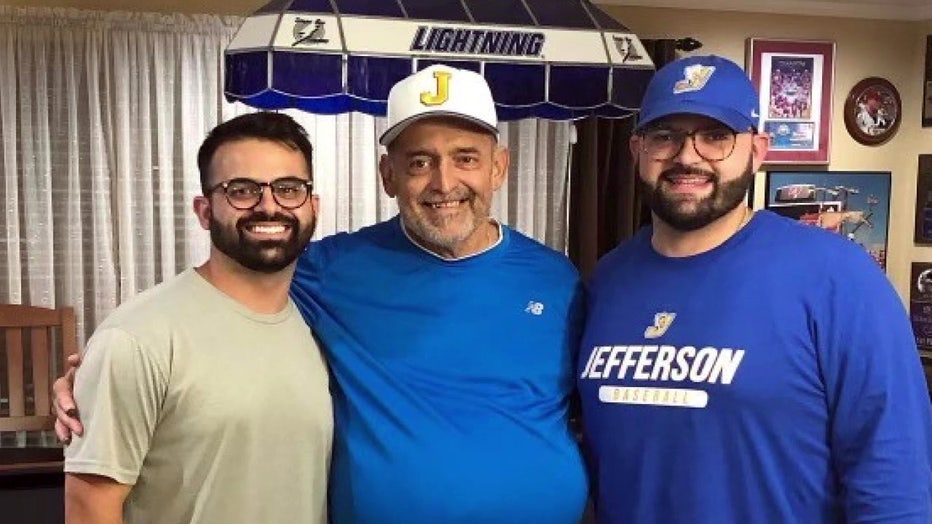 However, as the sons of a man who spent more than three decades coaching baseball in the Bay Area, molding boys into young men, Casey and Spencer know their father would be proud of what they're doing now.

"From the time he got off work to late at night, he was at the ballfield either helping us, or helping other kids," Casey recalled of his father. "He's the one that made us want to be coaches."

"He touched a lot of lives," Spencer agreed. "That's what we're trying to do now."