ST. PETERSBURG, Fla. - The Lakewood High School football team is getting headed to the regional final, but one of the countless players helping the Spartans along the way is a rookie to the game. He's also a senior.

"I didn't think I would get this far, honestly," Chamberlain Campbell said of his first and only high school football season.

Listed at 6'7", Campbell grew up playing basketball but decided to join the football team at Lakewood his senior year when his younger brother, Chancellor, decided to join up, too.

"My last year and his first year playing football, I thought that would be really cool," said Campbell. 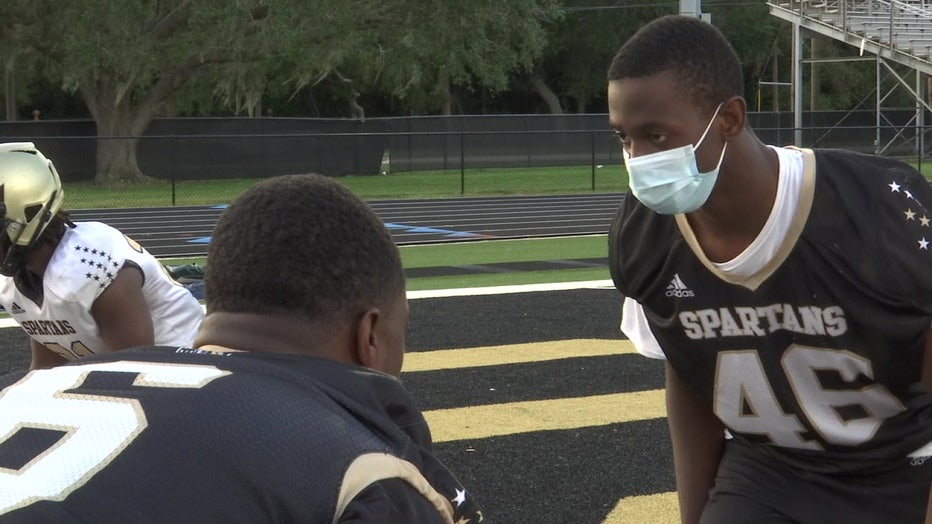 With no experience, the Spartans stuck the elder Campbell at defensive end, much to the senior's dismay.

"I thought I would be a tight end," joked Campbell.

As it turns out, defensive end was the perfect spot for the 6'7", 230-pound power forward who has now accounted for more than 30 tackles and five sacks in eight games this season.

"Never in a million years did you think he would excel the way he has, and it's extraordinary," said Spartans head coach Cory Moore.

Despite Campbell's inexperience on the football field, college coaches are not shying away. 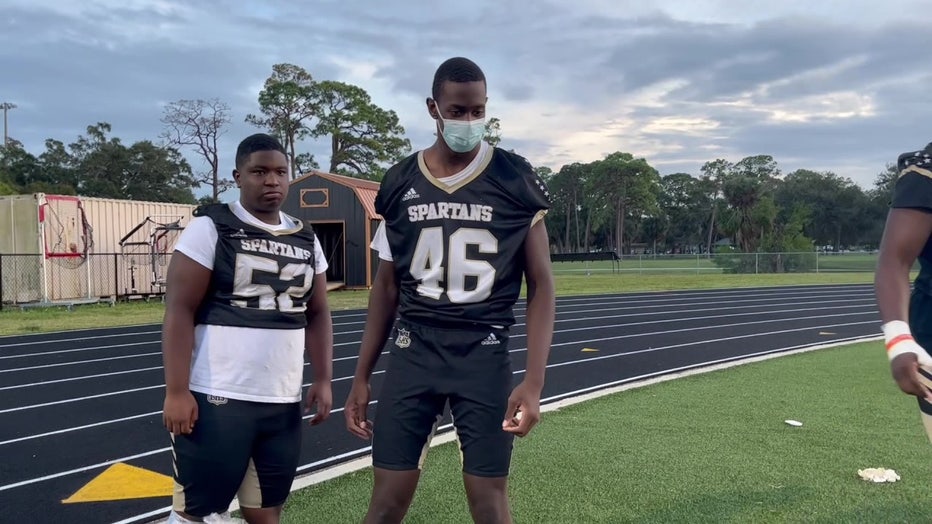 Even with his limited time on a football field, coaches like what they see on film.

The sky: a limit fit for someone who is just as used to dunking a basketball as he is to sacking a quarterback.

Campbell will look to do more of the same when the Spartans meet Calvary Christian in a regional title game for the right to advance to the state semifinals.