ST. PETERSBURG, Fla. - A Lakewood High School teacher always wanted to add coaching to her resume but thought it would be on the sidelines not on the gridiron.

Melia Garcia was born to teach and born to coach.

"The learning never stops," said Garcia. "That's what I dedicated my profession to and that's what I'm going to dedicate my coaching to, as well."

Growing up in Pennsylvania, Garcia was always active in sports and competed in cheerleading, softball and basketball.

"For as long as I can remember, you can't really be in my family if you're not an athlete," Garcia joked.

Because of her youth, Garcia knew sports would always be a part of her life. 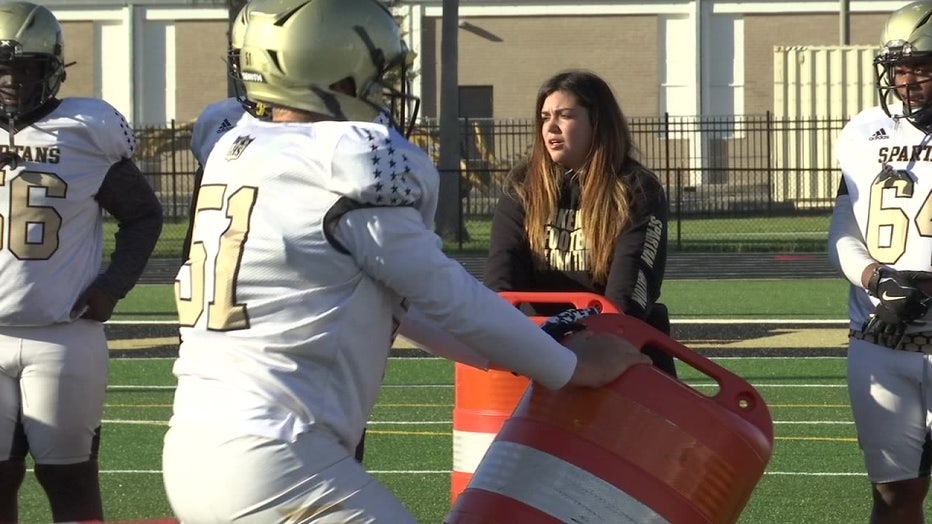 For the last three years, meanwhile, Garcia has been a teacher at Lakewood High School and figured she would get into coaching at some point.

Garcia will admit, however, she never thought that opportunity to coach would come with the Spartans' football team.

But that didn't stop her from saying yes when the job was offered to her before the start of last season.

"I like a challenge and I knew a couple of the football players that were already on the team and would talk about football to begin with," said Garcia. "When I told them I was going to be there coach they knew I was tough and the classroom and would be tough out there."

Ironically, Garcia was always destined to coach on the sidelines at Lakewood High School.

However, she thought her coaching debut would be made as a cheerleading coach. 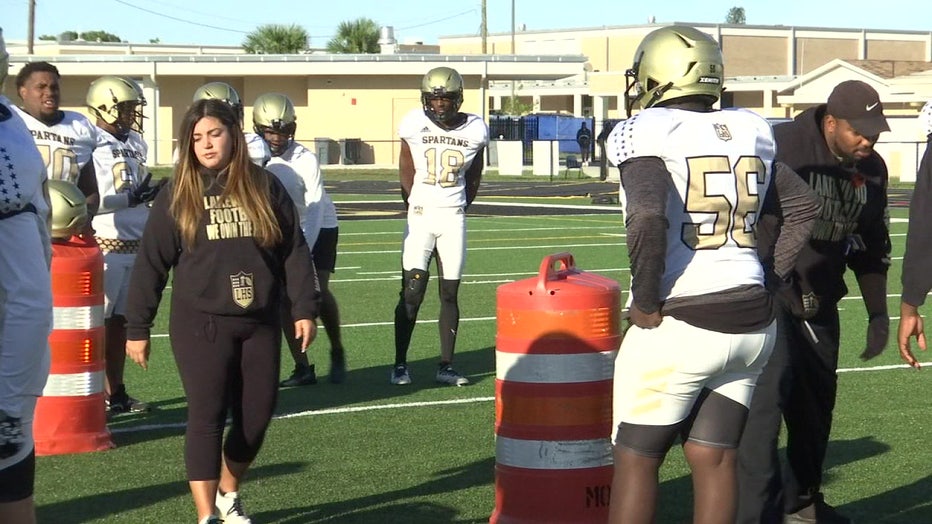 When Garcia found out that no position was available, Spartans head coach Cory Moore offered her a position coaching his offensive line.

"She's an absolute brain," said Moore. "She knows her craft and brings a quiet strength, as well."

Having never played the game of football, however, Garcia knew she had a steep learning curve to cover.

"Whatever I can dedicate, whatever type of time and energy they need is what I'm going to do," Garcia said. 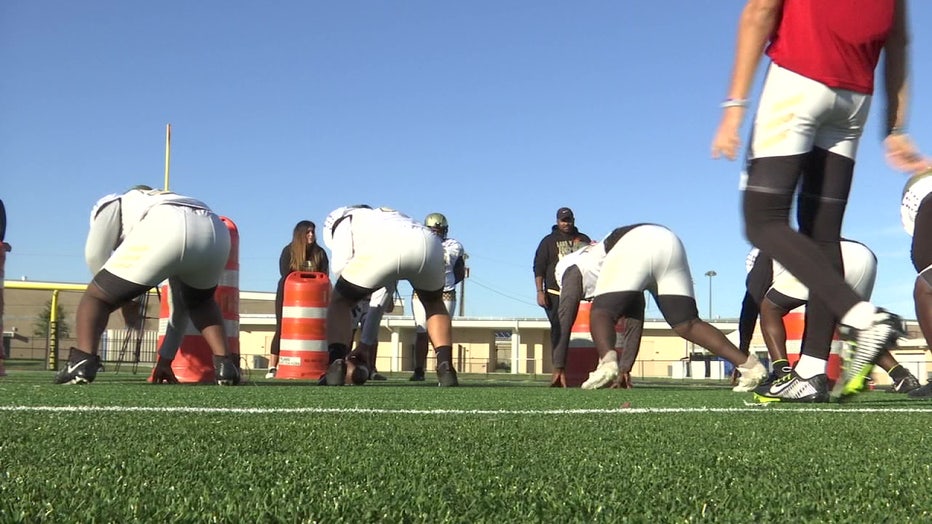 Adding to her expertise, Garcia also brings an energy to the field that is almost unmatched.

"She wants to dominate whatever she does so she is definitely something special," said Moore.

And every day Coach Garcia proves that, regardless or gender, brains and brawn belong on the football field together.

"It's not whether you're a male or female, what's going to make you successful is if you can produce the correct data and get people to buy in," said Moore.

In addition to serving as an offensive line coach, Garcia was also hired as the Spartans' head softball coach this week.