Despite Sunday's result, local fans are thankful for the chance at a 3rd Stanley Cup.

TAMPA, Fla. - After a turbulent start and finish to the Stanley Cup Final series against Colorado, the Lightning's quest for a three-peat is over.

The Bolts forced a Game 6 after beating the Colorado Avalanche at Ball Arena on Friday night. Sunday, was their final game of the season – ending in a heartbreaking loss in front of fans.

The Lightning didn’t relinquish their grip on the Stanley Cup without a fight.

Andrei Vasilevskiy rejected shot after shot, keeping the two-time defending champions’ quest for a threepeat alive. In the end, another superb performance by the star goaltender wasn’t enough to keep the Colorado Avalanche from wresting the title away.

The Lightning were 3-0 when facing possible elimination before Sunday night’s 2-1 loss in Game 6 stopped their bid to become the first team to win three consecutive Stanley Cup championships since the New York Islanders captured four in a row from 1980-83. 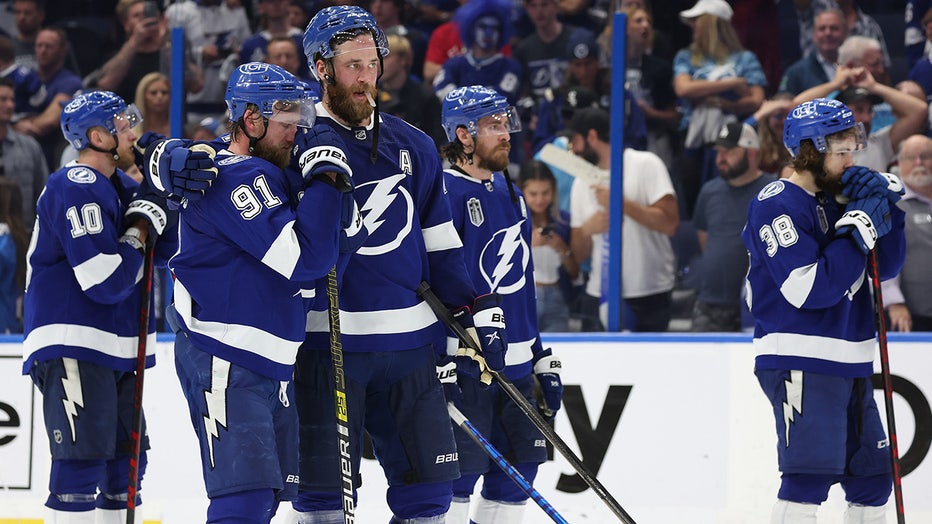 TAMPA, FLORIDA - JUNE 26: Steven Stamkos #91 and Victor Hedman #77 of the Tampa Bay Lightning react after losing to the Colorado Avalanche 2-1 in Game Six of the 2022 NHL Stanley Cup Final at Amalie Arena on June 26, 2022 in Tampa, Florida. (Photo by

Steven Stamkos got them off to a fast start, scoring from in front of Darcy Kuemper less than four minutes into the game.

The Avalanche only got seven shots off in the opening period, but never stopped coming at Vasilevskiy, who finished with 28 saves. Nathan MacKinnon and Artturi Lehkonen scored for Colorado in the second, and the Lightning never recovered in falling to 2-6 when trailing after two periods this postseason.

"We just ran out of gas," coach Jon Cooper said. "And it sucks."

The Lightning defeated the Toronto Maple Leafs, Florida Panthers and New York Rangers on the way to this year’s final and had won 11 consecutive series before running into the speedy, ultra-talented Avalanche.

"There are so many easy outs we could have taken, but this group didn't," Stamkos said. "We didn't quit. We left it all on the ice."

Despite Sunday night’s loss, there are plenty of reasons to believe Tampa Bay’s window for success isn’t closed, beginning with Vasilevskiy, Stamkos, Nikita Kucherov, Victor Hedman and Brayden Point, who missed most of this playoff run after leading the teams in goals scored each of the past two postseasons.

"It's been unbelieveable," Stamkos said. "Who says we're done? The core has been to four finals in the last eight years and won two championships." 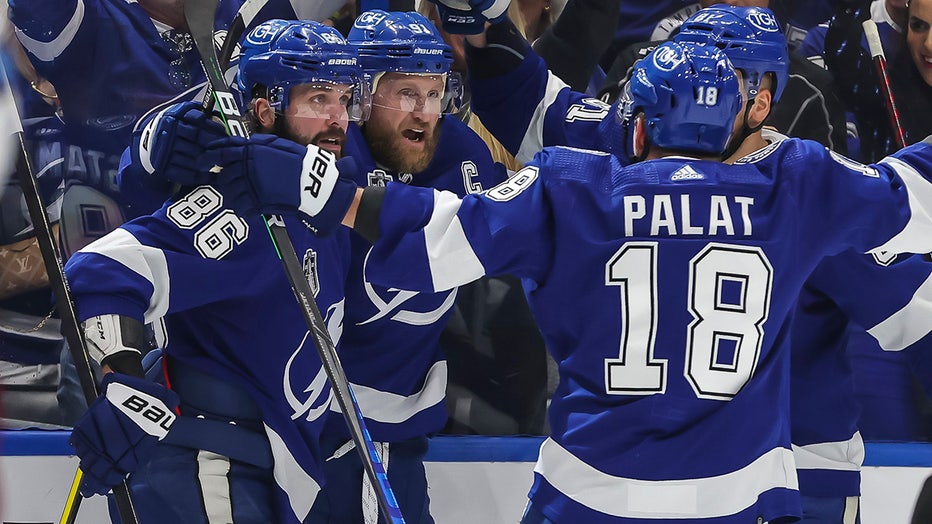 Along the way to his team's fourth Stanley Cup Final appearance in eight years, Cooper often marveled about the grit and determination of a team that resisted any temptation to rest on its laurels after winning back to back championships.

"The playoffs are a war of attrition, but they just kept coming back," Cooper said of his players. "To sit here and think the last playoff series we lost was Columbus in 2019. Got to tip your hat to those guys in that room. ...They were proud. That’s why you remember these teams, because they did everything right, they never complained and when the skill washes each other out, the gamers get it done. And they were gamers."

Despite falling short of taking home a third championship, it was an inspiring return to the final round and enough to silence those who typed on Twitter that the past two years were just "COVID Cups."

The team rallied the Bay Area during a time when people needed a distraction. While the 2020 win was an exciting time to be a Bolts fan, they only got to experience it from afar as NHL teams were playing in a "bubble" in Canada.

But the 2021 Stanley Cup win was worth the wait. Inside and outside Amalie Arena, fans were able to celebrate in person. They were on their feet, cheering, and banging those bangers during the final minute of Game 5 against the Montreal Canadiens. The Thunder was loud and booming. 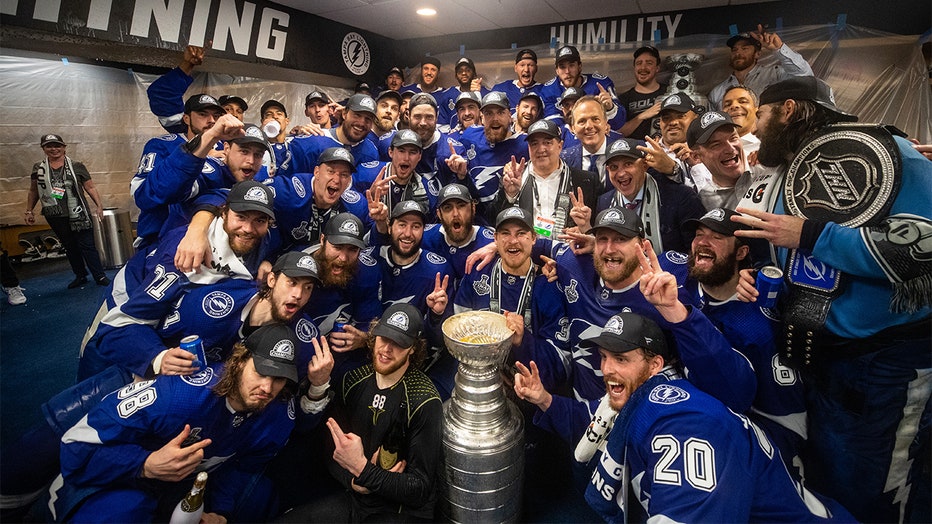 Fast-forward to the 2022 playoffs, when the Lightning proved again and again and again they deserved to be at the end. They faced a 2-0 series deficit in the Eastern Conference Final against the New York Rangers before rallying. They also were down 3-2 to Toronto in the first round. They swept the Florida Panthers, the Presidents' Trophy recipient.

Who can forget Ross Colton's game-winning goal with 3.8 seconds left in Game 2 against the Panthers?

Or Ondrej Palat's go-ahead goal during Game 5 of the Eastern Conference Final against the Rangers? "Sweet Caroline" never sounded sweeter.

Or Victor Hedman's untouchable goal during Game 4 against the Avalanche? His impressive shot came one day after learning he didn't get the 2022 Norris Trophy. Hedman came in third place.

Or all of Captain Steven Stamkos' one-timers?

In the end, the best teams in the league battled it out, and the better team won.

While the Bolts may have not clinched their third consecutive Stanley Cup, the Lightning are the reigning Eastern Conference champs. They are still back-to-back Stanley Cup winners.

Heck, they gave the region two epic boat parades. Who says there won't be another in the future?

After all this, in the eyes of Tampa Bay, it's hard to say this team isn't a dynasty.