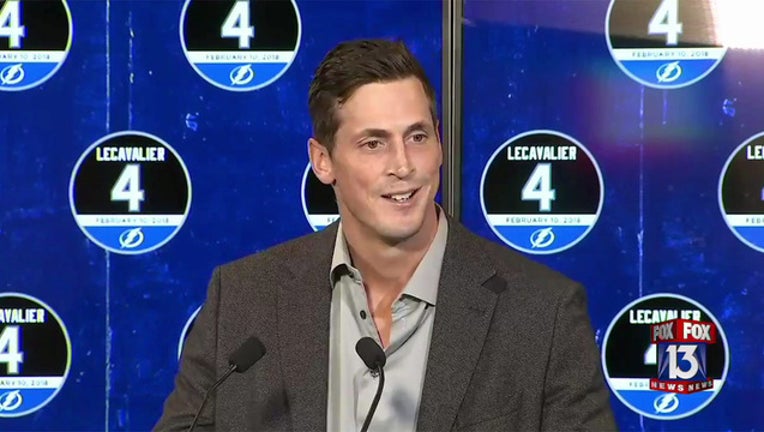 TAMPA (FOX 13) - The Tampa Bay Lightning will be honoring one of their longtime captains this season. The team on Monday announced plans to retire the number-4 jersey of former Bolt Vinny Lecavalier.

Lecavalier played center for the Lightning from 1998 to 2013 after being picked first overall in the 1998 NHL Entry Draft.  He was a key member of the Bolts’ 2004 Stanley Cup championship team and led the league in scoring in 2006-2007 season.

Lecavalier, now retired, wound down his career with the Flyers and the Kings.

It’s a rare honor from the Lightning.  Only one other player – Martin St. Louis – has been similarly lauded.