TAMPA, Fla. - Just a few days after hearing their names called during the NHL Draft, the Tampa Bay Lightning's rookies have arrived for development camp. Putting on a team jersey and stepping onto the ice for the first time as member of the Lightning brings dreams into reality for this year's new guys.

Howard comes to Tampa Bay brash and full of confidence. He’s been an offensive star at every level of his hockey life. Most recently, he led Team USA's under-18 squad to a silver medal in the World Championship.

He came to Tampa with his game, but didn't have his own stick.

"I got to use Kucherov's stick," said Howard. "I didn't have sticks because I came straight from the draft. He had the closest bag to mine. So it's fun." 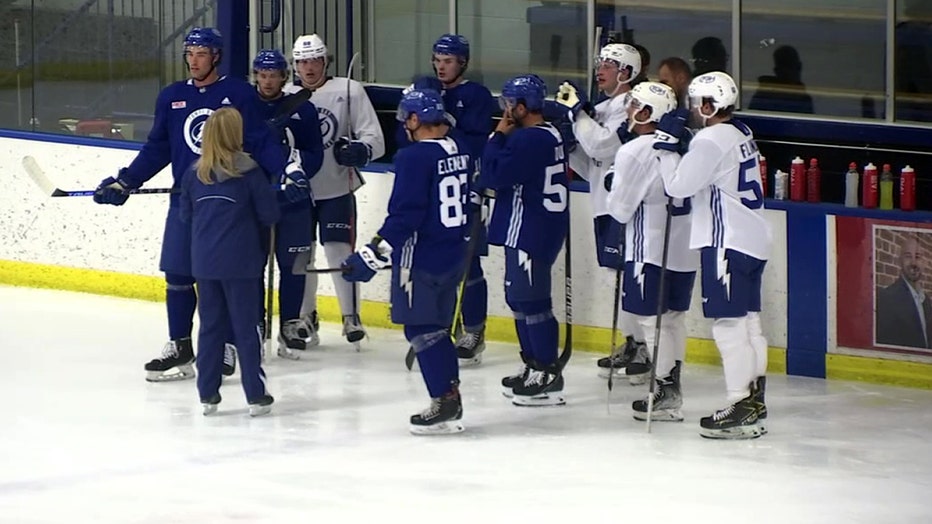 Howard was the second-to-last pick in the first round, but received first-pick attention when he stepped to the stage in a white suit. (He's already retired the suit. It got enough attention, he said.)

"It kind of blew up, kind of went viral," said Howard. "I didn't expect that, but I guess, like I said, I was the best dressed, so people just brought traction to it. There were a lot of funny comments, stuff like that."

With the Lightning’s roster loaded with veteran talent, none of this year’s draft class will compete for a spot this season.

Howard is committed to play for the University of Minnesota-Duluth and won’t even sign a contract with the Lightning until he’s ready to compete as a professional.

"Just here to enjoy it, enjoy the moment," said Howard. "Get used to the Tampa culture and all that. I want to go and have a great year next year at Duluth. It might be one year, two years, who knows, before I come here, but I just take it one step at a time."