TAMPA, Fla. - When it comes to football, you might not find a more diehard group than the Brink family, who live just outside Grand Rapids, Michigan.

"My son's name is Peyton Eli, named after the Mannings," said Eric Brink.

That’s just how much the game means in the Brink house.

"When football comes on during the weekends, we're all watching it. It just brings us together," said Addy Brink.

Though the family supports the Detroit Lions, the Brinks don’t have any problem crossing enemy lines to visit different NFL training camps, like they've done every summer for the past decade – without fail. 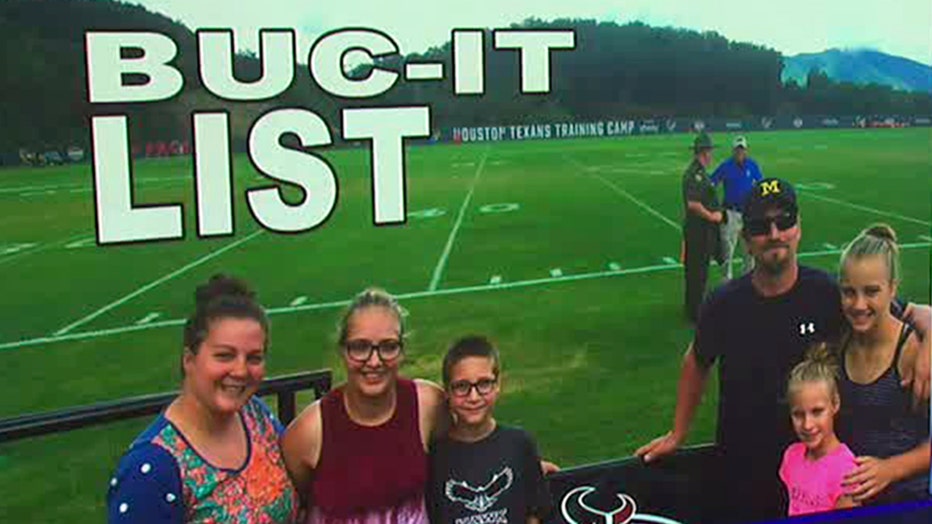 The Brink family lives in Michigan but they go to a training camp every year. This was supposed to be the year of the Buccaneer, but only season ticket holders can go, so they're hoping for a miracle.

"I've never been to Disney, ever, but I've been to nine NFL training camps, now," said family matriarch Courtney Brink.

This season, however, there is only one camp that the Brinks wanted to attend: Tampa Bay.

The Brinks, who are definitely Michigan fans, didn’t want to miss their chance to see the legendary Wolverine, Tom Brady, before he retires, (again).

"He only has one or two more years left. So we're going to try to get down there," says Sadie Brink.

With Bucs training camp open only to season ticket holders, however, the Brinks are hoping someone can help them secure tickets to at least one day of camp.

"We even Instagramed Tom Brady and Gisele, but nothing." said Courtney Brink.

The Brinks don’t know how, but they’re hoping a fan – or even the Bucs – can help continue their family tradition.

Now, the Brinks are hoping for one of their own.