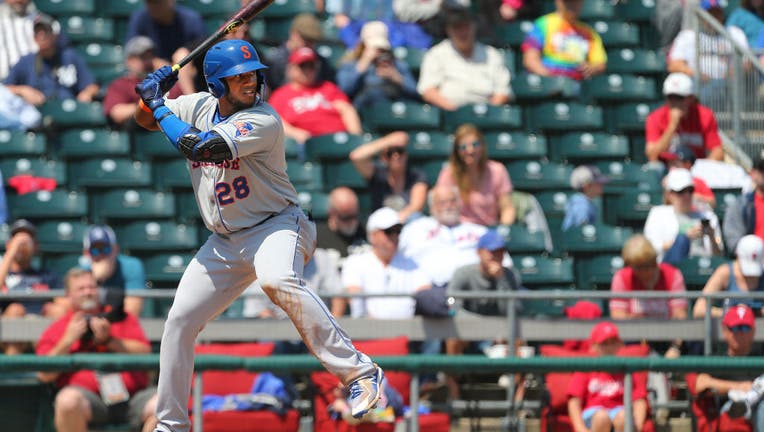 Rymer Liriano #28 of the Syracuse Mets in action during a AAA minor league baseball game against the Lehigh Valley Iron Pigs on May 1, 2019 at Coca Cola Park in Allentown, Pennsylvania. The MiLB announced on June 30 that there would be no season for

There will be no Minor League Baseball (MiLB) season this year, the organization announced on Tuesday.

The decision is due to Major League Baseball saying that it will be unable to provide MiLB affiliated teams with players for the season.

Founded in 1901, Minor League Baseball is comprised of over 150 teams in cities across the country. These teams are contracted to those within the majors, with MiLB players still earning a salary while developing their skills in the minors.

The cancellation of the season is disappointing for fans, although not entirely surprising. Major League Baseball is slated to return under certain health and playing constrictions due to the COVID-19 pandemic.

Plus, it would be difficult, if not impossible, for fans to fill the bleachers at minor league games, due to ongoing COVID-19 social distancing guidelines.

MLB already had told clubs to retain expanded 60-player pools, of which 30 players can be active during the first two weeks of the season starting in late July.

MLB returning to FOX on July 25

It’s good to have you back, baseball. Welcome home.

The MLB and NHL also had their seasons suspended as a result of the ongoing pandemic, but are slated to return but under new pandemic guidelines.

NBA games are scheduled to take place within the ESPN Wild World of Sports Complex at Walt Disney World, and NHL players are currently participating in training activities, with a firm restart date still undetermined for pro hockey.

The Associated Press contributed to this report. This station is owned by the FOX Corporation.