MLB lockout: What it could mean for Spring Training in Arizona

The MLB has transitioned to a twilight zone with the lockout going into effect on Wednesday night. Last night, the MLB officially locked out the players for the first time since 1995 after an agreement could not be made on a new collective bargaining agreement (CBA).

After a 42-day break, MLB players and team owners resumed labor discussions Thursday, though little progress was made on settling their dispute.

According to the Associated Press, the league made proposals for the next collective bargaining agreement (CBA), but it failed to move the players any closer to a deal that would end the sport’s first work stoppage since 1995. MLB locked out the players on Dec. 2, shortly after the expiration of the previous CBA.

With spring training scheduled to begin on Feb. 16, it’s becoming more crucial for the sides to reach an agreement if workouts are to start on time. Players will need more time to travel to Florida and Arizona go through COVID-19 protocols before taking the field.

And the longer negotiations drag on, the more jeopardized opening day (March 31) becomes. A deal would need to be ratified by late February or early March to allow for the minimum time for training ahead of the regular season.

The MLBPA has sought drastic changes to the CBA while the team owners have been most keen on maintaining the status quo. Rob Parker, FOX Sports Radio host and member of the Baseball Writers Association of America, previously told FOX Television Stations the biggest issue is money.

Players feel like their share of league revenue hasn’t kept pace with the income pulled in by the owners. MLB payrolls dropped 4% in 2021 compared to the league’s last full season in 2019, the Associated Press reported.

Players are hoping to see that threshold lowered, allowing them to become free agents while younger and more valuable, Parker said. 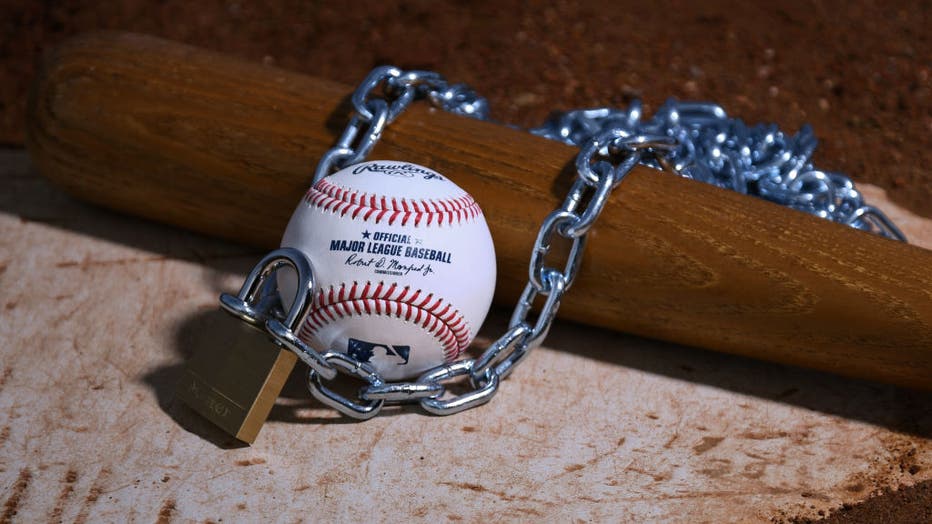 "If you’re not going to give them the money they want, the bigger share, then they want to become free agents sooner. It takes six years now. That’s the thing, six years, you’ve got to play for almost no money," Parker explained.

The players have also asked for the addition of the designated hitter (DH) to National League rosters, which Parker said would add another job for a veteran player.

The Associated Press has reported the players also want to see the league’s luxury tax threshold raised from $210 million to $245 million, allowing teams to take on a higher payroll without a financial penalty. It’s part of their desire to see an increase in competition and a decrease in tanking.

Even so, both sides aren’t as far on other issues. Owners have offered to extend the DH to National League squads. And negotiators in both camps have been open to an NBA-style draft lottery, which would disincentivize tanking.

To further address the union’s concerns over MLB service time manipulation, owners proposed rewarding a team with an additional draft pick if a player not yet eligible for arbitration has a high finish in reward voting.

The players told the owners it would respond to their proposals, but did not indicate a date. Parker said the closer negotiations get to the regular season, the more leverage the players have.

"You can’t strike in the offseason. There’s nothing going on," Parker explained. "So your strike would have to be in spring training or the start of the regular season, which could then jeopardize games and loss of revenue."