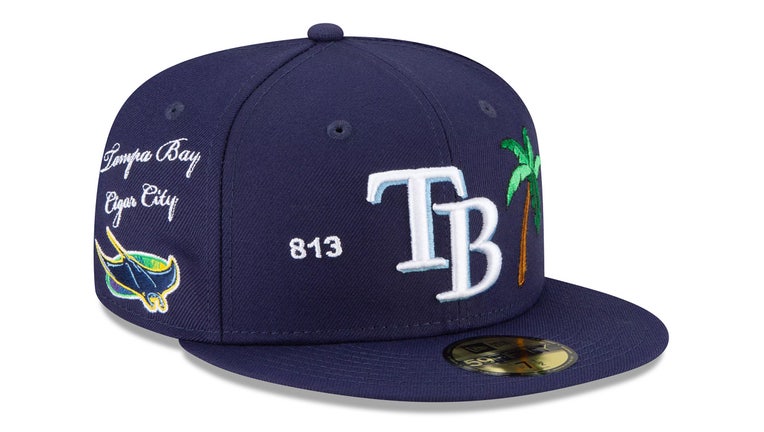 From New Era: "Inspired by their home city, the Tampa Bay Rays Local Market 59FIFTY Fitted Cap features an embroidered Rays logo at the front panels with city-inspired elements throughout the cap."

ST. PETERSBURG, Fla. - The home city of the Tampa Bay Rays has long been a source of blunders, with everyone from politicians to broadcast networks assuming – incorrectly – that the Rays play in Tampa. It appeared uniform maker New Era decided to end the controversy once and for all, but may now be reversing course.

If you consider the company's "Local Market" cap to be the authority on the subject, the Rays apparently play in Tampa.

Sure, the Rays have dabbled with the idea of a stadium in Tampa. But the American League champions call St. Petersburg’s Tropicana Field home, and they have since 1998 when they debuted as the Devil Rays expansion franchise. St. Pete has even hosted the World Series.

But that didn’t stop MLB’s official cap-maker from crowning the city across the bay as the Rays’ home base.

Now, just hours after the online release of the new line of Local Market caps, the whole line has disappeared from the New Era website. FOX 13 News has reached out to New Era for comment and will update this story when they respond.

During the short time the hats were being sold, the new line of $40 fitted collectors' caps included a version for each team featuring iconic elements of each team’s city, along with their area codes. And while Twitter seemed to find the designs tacky and cluttered, most of them at least made sense: The Statue of Liberty joined an apple on the Yankees and Mets’ hats, while a mountain emoji graced the Colorado Rockies’ cap. 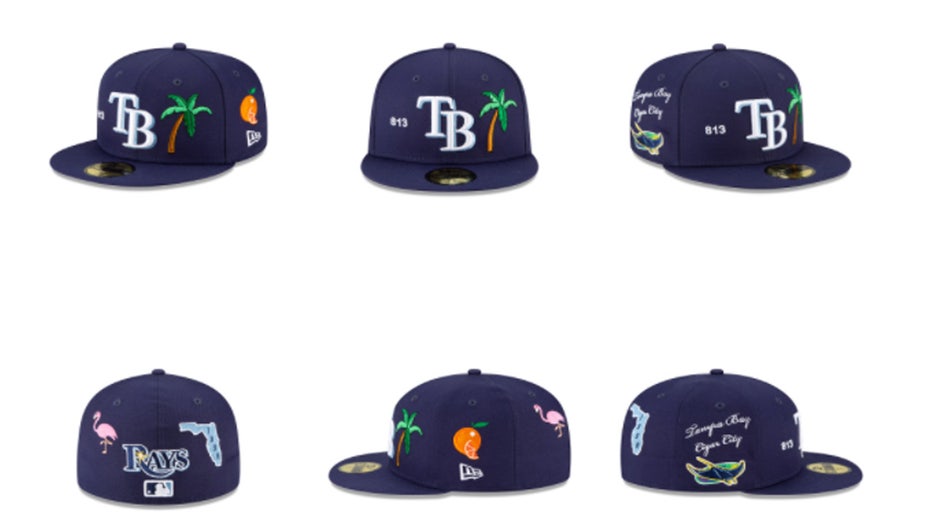 More views of the Rays cap, via New Era's site.

Tampa’s 813 area code is the only area code listed. Other teams had multiple area codes – Los Angeles and Atlanta each had nine.

The side of the cap also had "Cigar City," a nickname associated for years with Tampa.

Mercifully, though, there were no Montreal references on the cap. 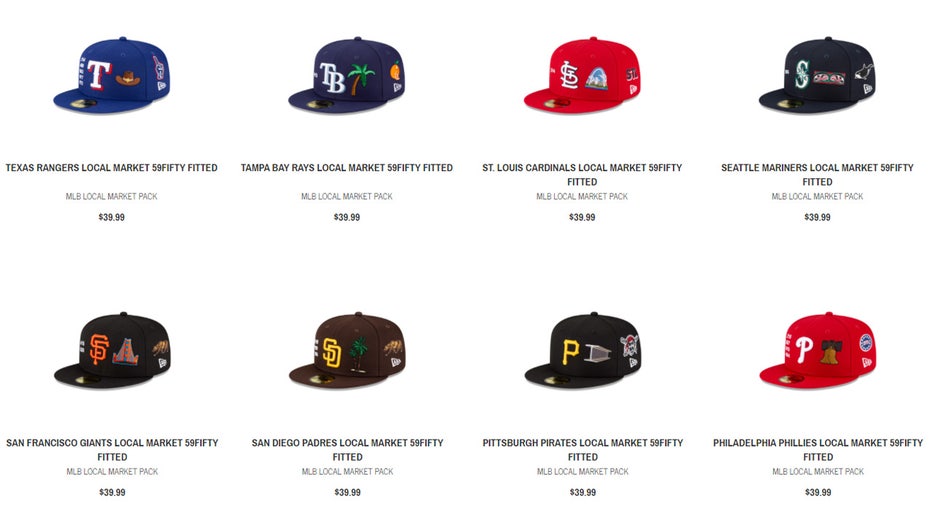 Other examples of the hats for sale on New Era's website.

Meanwhile, fans of other teams were pointing out issues with their own versions:

While social media may be having a field day roasting the caps, at least some fans must like them – most sizes of the Rays’ caps are sold out, according to the New Era website, at least until they went offline.