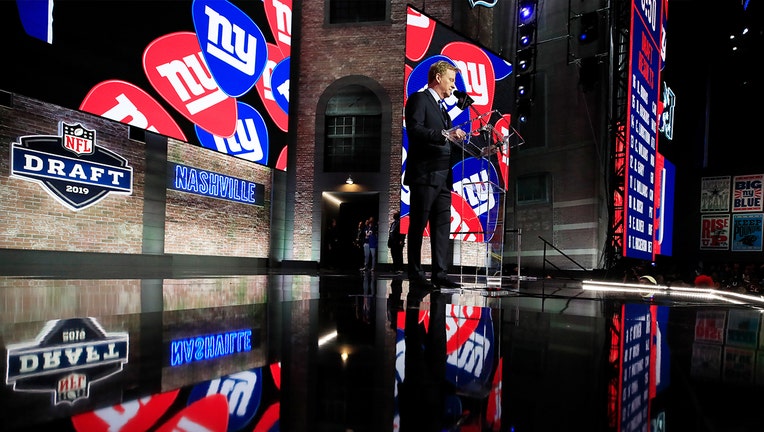 With the NFL closing team complexes and canceling plans to hold the draft in Las Vegas, this year’s event is shaping up as a logistical challenge. ESPN vice president of production Seth Markman says there are usually 10 remote locations during the first round. On Thursday night, there might be as many as 180.

“Safe to say, we have never had a year like this. It’s a great opportunity to bring fans hope and joy and an escape from what we are experiencing,” Markman said. “We do enjoy challenges. We will make it happen, but it is damn complicated.”

ESPN and NFL Network will air a combined broadcast all three days. It will now originate from ESPN’s headquarters in Bristol, Connecticut, but most of the reporters and analysts will be at their homes.

Mark Quenzel, NFL Network’s senior vice president of programming and production, said the two networks had been in discussions about a joint production once it appeared that the draft wouldn’t take place in Las Vegas.

With everyone spread out, the biggest challenge will be making sure there aren’t any technical difficulties. Reporters have been able to get on air from home for nearly a month, while draft prospects, coaches and general managers received kits from the league to allow them to appear on the broadcasts.

Quenzel said the league has set up three call centers to handle the various feeds: one for the prospects, one for coaches and team executives, and another for fans. The league has also reached out to various wireless providers to make sure there is extra bandwidth over the three days so that the grid isn’t overloaded.

Peter O’Reilly, the NFL’s executive vice president for league events, said the league has been in constant contact with ESPN and NFL Network about the draft’s logistics.

Because fans are a unique part of the draft experience, ESPN has reached out via social media to get fan videos previewing the draft. There’s no word yet whether fans booing commissioner Roger Goodell before each pick will be piped in to make it feel like an authentic draft.

Goodell will introduce first-round picks from his home in Bronxville, New York. O’Reilly said the league policy about networks not being able to tip picks remains in effect this year.

“We’re trying to streamline the feeds along with having as many backups as we can,” Quenzel said. “The execution of the draft, as far as what we can show with the teams, will be the same. Everyone has the same technology and availability.”

Markman said there are normally 15 people in the control room at one time during the draft, but it will be limited to seven. They will also use two control rooms so that everyone has a dedicated area and adheres to social distancing guidelines.

Those in the control room will also wear masks, which could be an extra challenge for producers and directors trying to communicate.

ESPN’s Trey Wingo and Suzy Kolber will be the only ones in the studio for the ESPN-NFL Network telecast. Wingo will be anchoring his fourth draft and Kolber will be conducting interviews with draftees. Mel Kiper Jr., who will be with ESPN for his 37th draft, Louis Riddick and Booger McFarland will be providing analysis from their homes.

NFL Network’s crew includes host Rich Eisen, who has been a part of all 17 drafts the network has done, along with analysts Daniel Jeremiah, Michael Irvin and Kurt Warner.

ABC will air a separate draft broadcast on Thursday and Friday nights for the second straight year before simulcasting the ESPN/NFL Network feed on Saturday. The ABC telecasts will again be more feature based and focus on prospects’ road to the draft, along with the roles their families have played. Rece Davis, Jesse Palmer and Maria Taylor will host the coverage from Bristol, with analysis from Todd McShay, Kirk Herbstreit, Desmond Howard and David Pollack. Tom Rinaldi will provide most of the pre-taped features.

“We were set up for a big ratings year because of the quality of this year’s class, but now we are waiting and seeing,” Markman said. “We don’t have the competition that we normally have (with the NBA and NHL playoffs). Whether that means more eyeballs and anticipation, I don’t know.”

While ESPN and NFL Network had to make adjustments, SiriusXM satellite radio’s coverage remains largely the same. The NFL Radio channel will have live coverage all three days (Thursday and Friday starting at 7 p.m. ET, and Saturday, starting at noon). All hosts will be broadcasting from their home studios instead of being next to each other, like they were in previous years.

The draft will serve as a “Draft-A-Thon,” which will pay tribute to health care workers and first responders. Funds raised will help support six national nonprofits and their relief efforts.