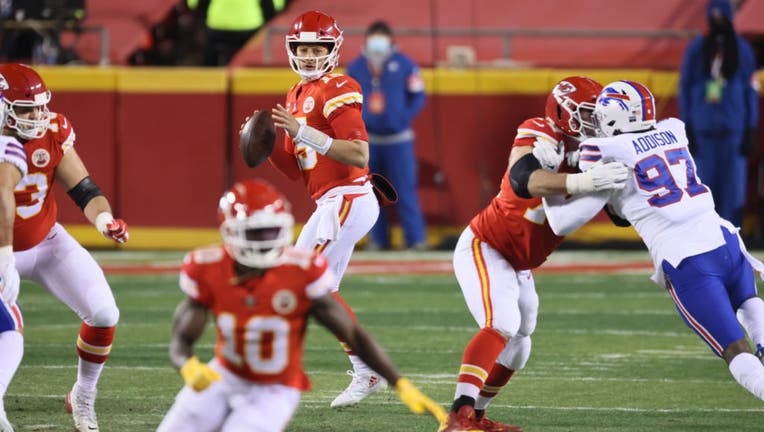 WASHINGTON - The NFL’s regular season has ended, and the 2022 playoffs start this weekend with a slate of great Wild Card matchups. The NFL expanded the regular season from 16 to 17 games and the extra game pushed the start of the postseason back by a week.

This opening round of the playoffs features two Wild Card games Saturday, three on Sunday and one on Monday Night. Here’s what you need to know about the teams, seeding, and the TV schedule.

The Raiders punched their ticket to the playoffs by knocking off the Los Angeles Chargers in the regular-season finale. Cincinnati won the AFC North and will host the Raiders with a chance to advance to the AFC divisional playoffs.

The Bills and Patriots split their regular season series and are meeting in the postseason for only the second since 1963 when the then-Boston Patriots beat Buffalo 26-8 in the former American Football League’s divisional playoff. Patriots rookie quarterback Mac Jones will make his playoff debut at Buffalo against Bills quarterback Josh Allen.

Tampa Bay begins their Super Bowl title defense when the Eagles come to town Sunday. The Bucs defeated the Eagles in the regular season and they’re hoping for the same outcome. Eagles quarterback Jalen Hurts will make his first career playoff start against Tom Brady and the Buccaneers.

Kansas City dominated Pittsburgh when the teams played in the regular season. But the Steelers get a chance at redemption on Sunday. Pittsburgh won their last game of the season and got a little help to clinch their playoff berth with the Raiders win over the Chargers and the Colts loss to the Jacksonville Jaguars. Steelers quarterback Ben Roethlisberger is expected to retire after this season and Chiefs star QB Patrick Mahomes is trying to guide the Chiefs to a second Super Bowl title in three years.

The NFC West champion Los Angeles Rams battle the Arizona Cardinals in the first-ever playoff game on Monday night. These division foes split their regular season matchup, but the stakes are higher in this third meeting with the winner advancing to the NFC divisional playoffs. Cardinals quarterback Kyler Murray is making his first playoff appearance while Rams quarterback Matthew Stafford will play in his second career playoff game. Stafford’s other playoff start came as QB for the Detroit Lions in 2011.

The Tennessee Titans and the Green Bay Packers will both be hosting NFL Divisional Round playoff games.