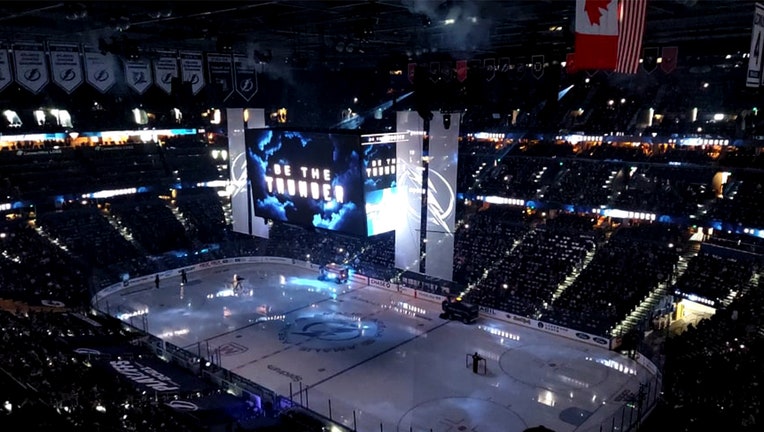 Inside Amalie Arena during a Round 2 game between the Tampa Bay Lightning and Carolina Hurricanes.

TAMPA, Fla. - Tampa Bay Lightning fans knew the Bolts will have the home-ice advantage heading into Round 3, but it took a couple of days to find out when they can officially bring the thunder.

On Thursday night, the NHL released the full schedule for the Lightning’s series against the New York Islanders. It will all start at Amalie Arena on Sunday with the puck dropping at 3 p.m.

By Friday morning, the team announced an increase in home-game capacity. Now, 14,800 fans can grab tickets for the home games.

The full schedule is below:

The Isles will certainly be a challenge. Head coach Jon Cooper said New York is a well-coached squad.

"They all know what they’re doing," he said. "For us, as a staff, we’re going to have to find a way to penetrate them and beat them."

This will be the second year in a row with the Lightning faces off against the Islanders in Round 3. Last year, in the bubble, they defeated the Isles in Game 6.