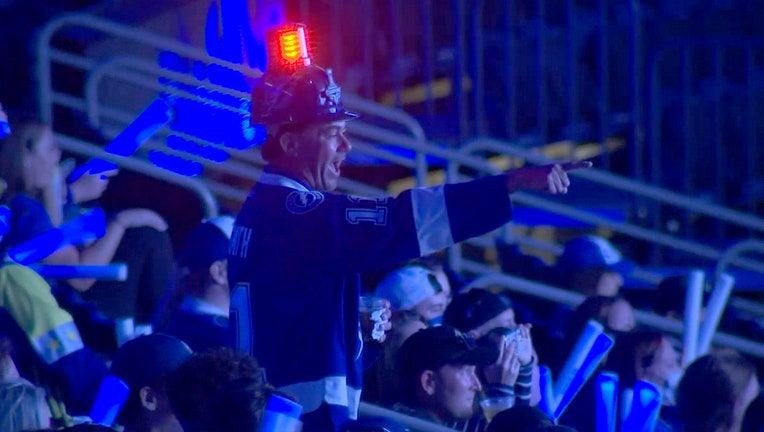 On Friday, the Tampa Bay Lightning announced capacity limits will once again be bumped up ahead of the third round of the NHL playoffs. Now, Amalie Arena will host 14,800 fans.

The Lightning made the announcement after receiving approval from local health and government officials, as well as the NHL.

In early May, home-game capacity for the playoffs was set for 7,000 fans. Two weeks later, they allowed up to 9,000. Then, the team increased capacity to 13,500 for the second round against the Carolina Hurricanes.

The team will be facing off against the New York Islanders. Game 1 is set for Sunday at 3 p.m.

It will be the second year in a row with the Lightning faces off against the Islanders in Round 3. Last year, in the bubble, they defeated the Isles in Game 6 claiming the Eastern Conference Championship title.

This season, the NHL won't award conference championship trophies since teams were realigned into new divisions due to the pandemic.