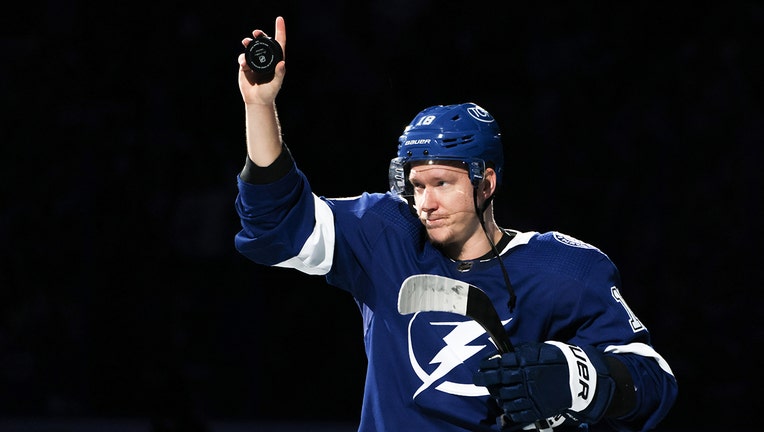 TAMPA, FLORIDA - JUNE 05: Ondrej Palat #18 of the Tampa Bay Lightning is awarded the first start of the game against the New York Rangers in Game Three of the Eastern Conference Final of the 2022 Stanley Cup Playoffs at Amalie Arena on June 05, 2022

TAMPA, Fla. - The song ‘Sweet Caroline’ may hit a nerve among Bolts’ fans for a while.

The left-winger had 52 points in 71 games during Tampa Bay’s three consecutive trips to the Cup Final. He finished sixth in Conn Smythe Trophy voting as playoff MVP this year.

Palat will be a veteran presence in a group of young forwards on that team.