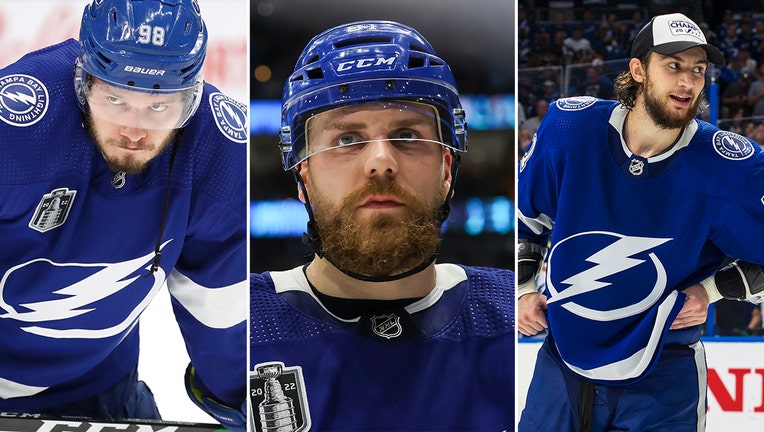 TAMPA, Fla. - Three Tampa Bay Lightning players, who were pivotal during the playoffs will be sticking around a lot longer.

General manager Julien BriseBois announced the team has signed defenseman Mikhail Sergachev, forward Anthony Cirelli and defenseman Erik Cernak each to an eight-year contract extension. All three are 25 or younger and were entering the final year of their previous contracts.

Now, they're under contract until 2031. But for Cirelli and defenseman Zach Bogosian, both will miss the start of the season after shoulder surgery. The Bolts hope to have them back sometime in December.

"I expect there is going to be a lot of competition for jobs in training camp. We have players that are pushing for roles," BriseBois said. "Now, with an injury up front and an injury on the back end, that opens up an opportunity for those players to show us they're ready."

As for Jan Rutta, the Pittsburgh Penguins signed the free agent defenseman to a three-year contract. He played with the LIghtning for the past four seasons.

The Bolts have a few new additions – well, not entirely new.

Forward Vlad Namestnikov returns on a one-year deal. He was a first-round pick of the Lightning at the 2011 draft. He was traded to the New York Rangers in 2018 and had stints with several other NHL teams since then.

The Lightning also signed a couple of defensemen: Ian Cole from the Carolina Hurricanes and Hadyn Fleury from the Seattle Kraken.