CORVALLIS, Ore. - A portion of Reser Stadium came tumbling down Friday as part of a controlled demolition.

Oregon State University is renovating the 69-year-old stadium and needed to bring down the southwestern grandstand to make room for its much larger replacement.

School officials set up cameras around the stadium and captured the demolition from several angles. A string of explosions on the grandstand’s support beams sent the structure crashing down into the empty parking lot. 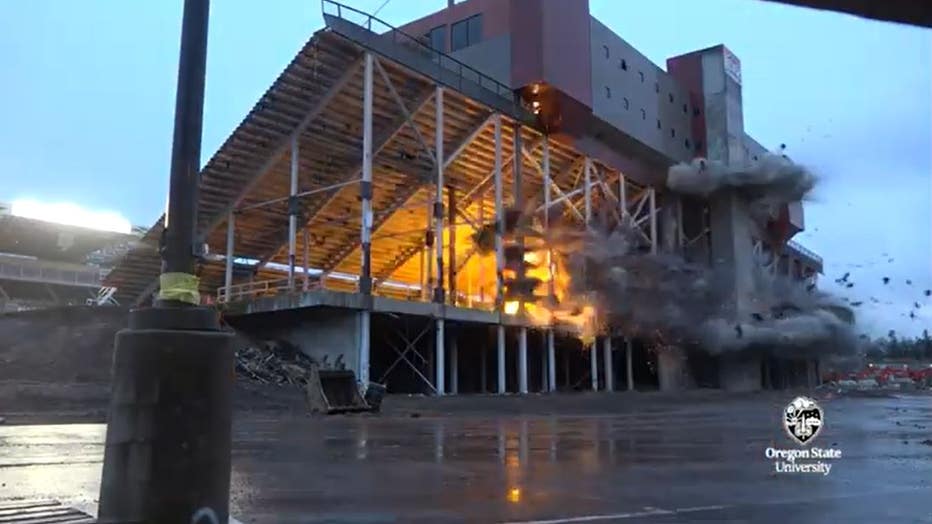 Steve Hatch, who works for Dykon Demolition, said the demolition worked exactly how it was designed,

"It was designed to fall that direction, into the parking lot and it came over exactly how we wanted it to," Hatch said.

The stadium renovation is expected to be complete before the 2023 football season. By the time it opens to the public, it will be equipped with a student center and wellness center.

The university said the project will transform "Reser Stadium into a national best-in-class football facility with year-round programs and facilities for all OSU students, faculty and staff."