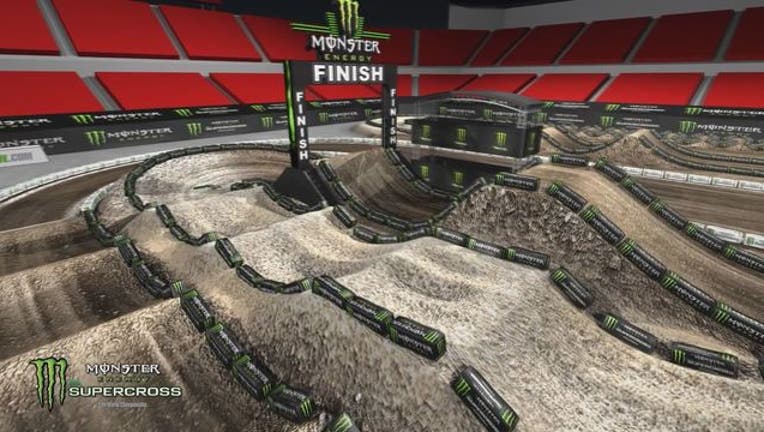 TAMPA (FOX 13) - Early next year, Supercross motorcycle racing will roar back into Tampa for the first time in 20 years.  Feld Entertainment announced plans today to bring the Monster Energy Supercross to Raymond James Stadium on February 24.

The race course will feature lots of jumps and bumps, tight turns, and tons of dirt.

Organizers say the best part of an arena setting like this, at least for fans, is they'll see every second of every race.

"Ror us racers, we race 17 weekends in a row. So to go somewhere new – new cities, something like that -- it's just something exciting. And i think to see new fans, new faces in the crowd, it'll be cool,” racer Cooper Webb offered.

The Tampa Sports Authority says they’ve tried to get Supercross here for years, but it's tough to fit it in around Bucs and Bull games, Monster Jam, and concert events.

They're hoping this becomes a yearly tradition.