Is Stamkos thinking about retirement?

FOX 13 Sports' Kevin O'Donnell asks Steven Stamkos - the most accomplished player to ever put on a Lightning sweater - if he thinks about retirement as he plays his 14th year in the NHL.

TAMPA, Fla. - For Steven Stamkos, his NHL career couldn't be going any better. After 14 years with the Lightning, he's still at the top of his game and enjoying every minute of it.

His career is far from over, and it's one that already earned him Hall of Fame credentials.

Stamkos is the most accomplished player to ever put on a Lightning sweater, but admits even he couldn't envision all of his success.

"There was no way that you could have predicted that I would be able to play in one spot for that long," Stamkos told FOX 13 Sports. "When you start breaking some records, especially when you're up there with Marty (St. Louis) and Vinny (Lecavalier) and a lot of them... It's gone by quick. I'm having a lot of fun. There's been a lot of ups and downs, but I think that's expected as a pro athlete. I've made so many great relationships over the way and there's still a lot more in the tank. So I'm excited about that." 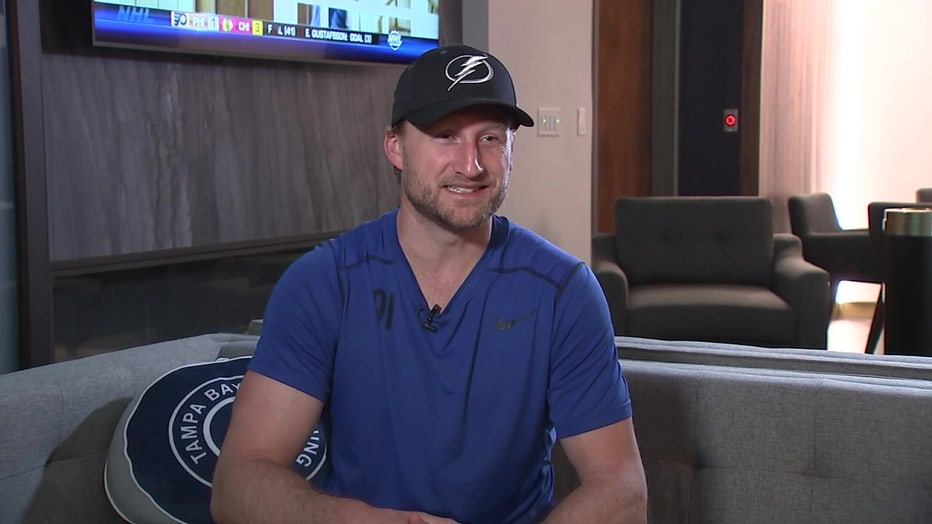 Stamkos has had some time to think about what it means to be the Lightning's new all-time points leader.

"I knew the day, if I could continue on the path, would come eventually," said Stamkos. "It still was a very emotionally time, even getting the salute from the crowd. To do it at home, my parents were here and my wife was a the game. It was a tremendous honor to be up there with really one of the greatest players I've ever played with in Marty." 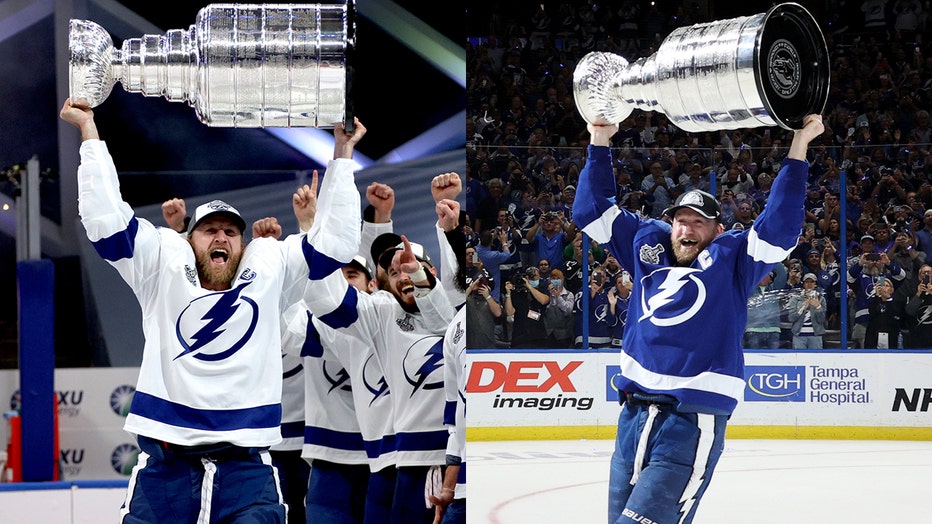 Stamkos is still just 32 years old. But has retirement crept into his mind? Does he want to play until 45, like Tom Brady?

"I wouldn't say there is a specific age," said Stamkos. "I think it just goes based on how your body is feeling. The body feels great and the mind feels great. I think if you have those two things going for you. You play as long as you can. Usually people say you retire cause of lack of skill or lack of will. I'd say I'm still feeling pretty good in both departments. Hopefully a lot more years to come and just continue to feel good."