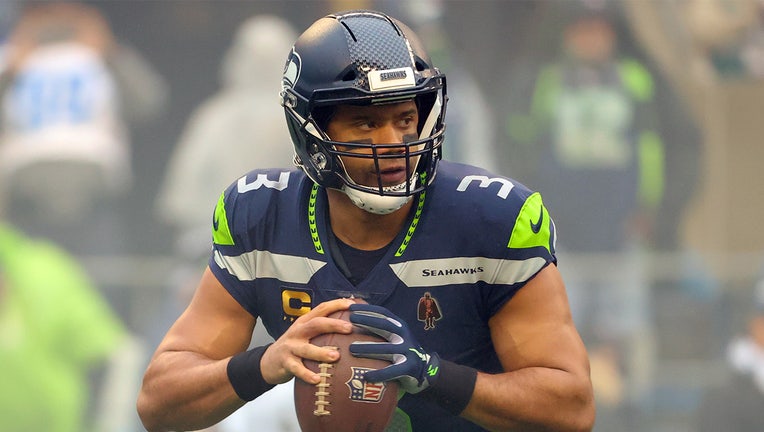 SEATTLE, WASHINGTON - JANUARY 02: Russell Wilson #3 of the Seattle Seahawks looks to pass the ball against the Detroit Lions during the first quarter at Lumen Field on January 02, 2022 in Seattle, Washington. (Photo by Abbie Parr/Getty Images)

TAMPA, Fla. - Wilson reportedly has said he is interested in exploring his options this offseason, and the Tampa Bay Buccaneers have reportedly "done a lot of work" to acquire him in the offseason in the wake of Tom Brady's recent retirement.

On Friday's "The Herd," Colin Cowherd reacted to these rumors and broke down what exactly he believes it would take to make this trade happen.

Cowherd then went deeper into exactly how both sides could benefit.

"If I was Seattle and thought, ‘All right, we need to upgrade the O-line. Give me three first-round picks, I’ll take another receiver beyond DK Metcalf and Tyler Lockett, and give me a pass rusher' … Seattle's got some holes.

"Tampa's got a really, really deep roster. And I don't want just draft picks for Russell. You gotta give me starters. That's the old secret in the NFL. Everybody thinks draft picks solve it. No. You give me a Pro Bowl-level … your best corner, your best pass rusher, and three picks. Then, it's a different roster for us."

The Seahawks finished last in the NFC West last season at 7-10, the team's worst record since drafting Wilson. However, he boasts a 104-53-1 all-time career record.

The 33-year-old QB has thrown for 25-plus passing touchdowns in five straight seasons and six of his past seven. He was on pace for 30 passing TDs before a finger injury in 2021 that caused him to miss the first game in his 10-year career.

Get updates on this story from FOX Sports