Cannons go to great lengths to play the game they love

TAMPA, Fla. - Ultimate frisbee, while largely considered an underground sport, has been around for a while. There are professional teams across the country, including the Bay area's Tampa Bay Cannons.

Playing for the Cannons is an exercise in "for the love of the game."

Aside from having to work full-time day jobs, scheduling practice is virtually impossible.

Not all of the Cannons live in the area. Some live in different parts of Florida, and a few are from out of state.

"It's incredibly frustrating, but I'm a believer in hyperreality," head coach Andrew Roka said. "I believe that we should just exist in the reality that we are. There's nothing we can do to change it. Make the best of it and adapt." 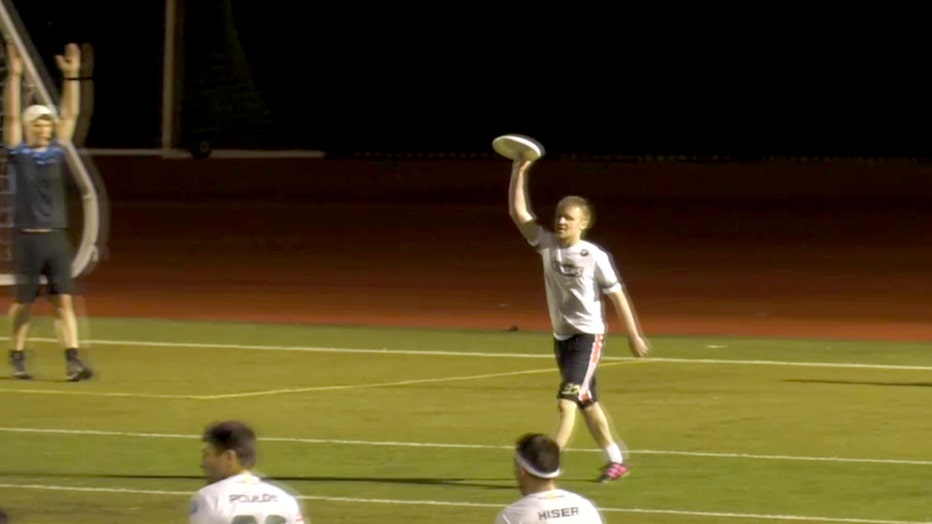 To say the Cannons are a rag-tag bunch is an understatement.

"You know coming in that no one respects your game," Ryan Hiser said. "They think they're going to win, and you can use that against them."

So why go to the trouble? For the love of the game.

"It's just fun," Andrew Roney said. "I like competing at a high level at something, and I like to think I'm good at this sport."