TAMPA, Fla. - As the Tampa Bay Lightning defend their title as Stanley Cup champions, another Tama hockey team is eyeing a title of their own. The Tampa Bay Juniors of the US Premier Hockey League are preparing for the USPHL National Championship Tournament up in Chesapeake, Virginia.

"We had a good core of guys back from last year, and they had a little bit of success," head coach Garrett Strot told FOX 13 Sports. "I think that was a big part of our success this year."

The Tampa Bay Juniors don't have a mascot, but the term "Tampa Bay" works just fine as more than 90 percent of the roster is made up of kids from the Bay area.

"It shows that we can play hockey too. It doesn't matter where you're from," said team Captain and Bishop McLaughlin senior Tim Ruf. 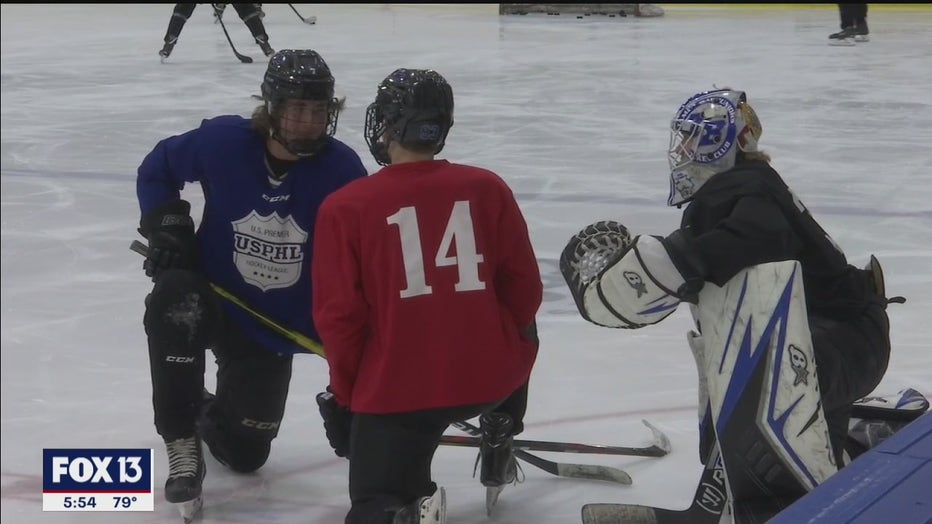 As good as the Tampa Bay Juniors have been on the ice, they've been just as responsible off it, navigating the Pandemic. They've spent little to no time away from the rink with anyone who wasn't a teammate.

"It's been hard, but hockey is our number one priority right now," Ruff said. "We've just got to stay focused on that."

Does all that sacrifice, and all this year's success make it championship or bust once they arrive in Virginia? They'll tell you they've come too far to lose.

"We're all shooting for it, and that's what it is," said defenseman Nash Cobbs. "There's no way that we're not going to get it... If we don't get it, it's going to be right back to work."