No fans at Lightning games, for now

TAMPA, Fla. - It feels like just yesterday when the Tampa Bay Lightning hoisted the Stanley Cup for just the second time in team history. Now, it’s time to defend that championship – and it all starts Wednesday.

The Bolts will open the season against the Chicago Blackhawks with the puck dropping at 8 p.m. at Amalie Arena. The second Stanley Cup banner will be lifted.

The Tampa venue will be closed to fans through at least Feb. 5 due to the rise in coronavirus cases and hospitalizations across Hillsborough County and west-central Florida. The box office has been reaching out to those who bought tickets for the season for options on refunds or to use for future games.

The Lightning is scheduled to play 56 games during the 2020-21 regular season with 28 of those at home in Amalie Arena. The team's last regular-season home game is scheduled for May 4 against the Florida Panthers. 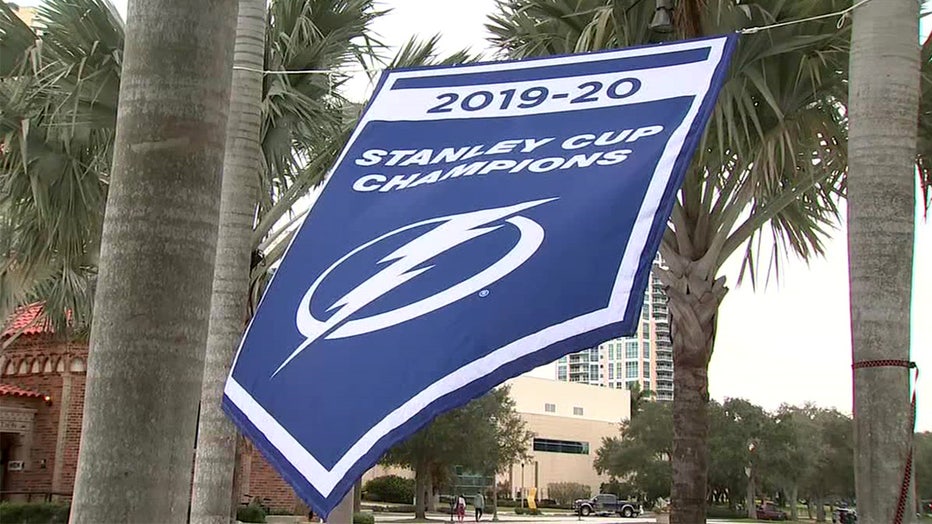 Stanley Cup Championship replica banners went up around Tampa Bay on Wednesday, Jan. 13, including this one at the St. Pete Pier.

The team will be without its leading scorer Nikita Kucherov, who will miss the year after undergoing hip surgery.

Equally important, general manager Julian BriseBois said, is the champs entered training camp with the type of attitude required to give themselves a chance to become just the fourth team in nearly 30 years to win back-to-back NHL titles.