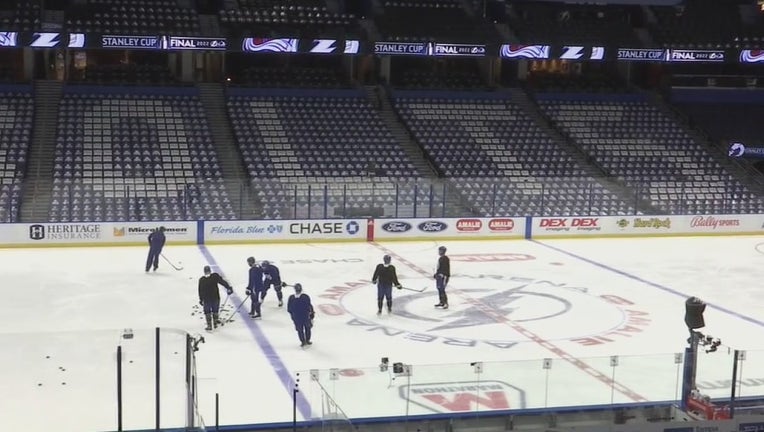 TAMPA, Fla. - Tampa Bay Lightning fans woke up Tuesday morning in a different world than they did just 24 hours ago after last night’s dominant 6-2 win over the Colorado Avalanche

"Give [the players] credit," said Lightning head coach Jon Cooper. "They knew what they had to do, and they did it. Now we just have to do it again."

Meanwhile, any doubt that may have entered the minds of players and fans, alike, after back-to-back losses to start the series is now wiped away after game three.

"There's no panic, but there were things we felt we need to adjust a little bit, and I thought we did a better job of that last night," said defenseman Zach Bogosian.

However, star winger Nikita Kucherov Monday night's game in the third after getting cross-checked into the board. Kucherov would return, but the injury ultimately ended his night early.

"A lot can happen in the next two days," said Cooper. "Am I glad there is a day off in between games? Yes."

The Lightning can even the Stanley Cup Final at two games a piece with a win in game four Wednesday night at Amalie Arena. Puck drop is set for 8 p.m.