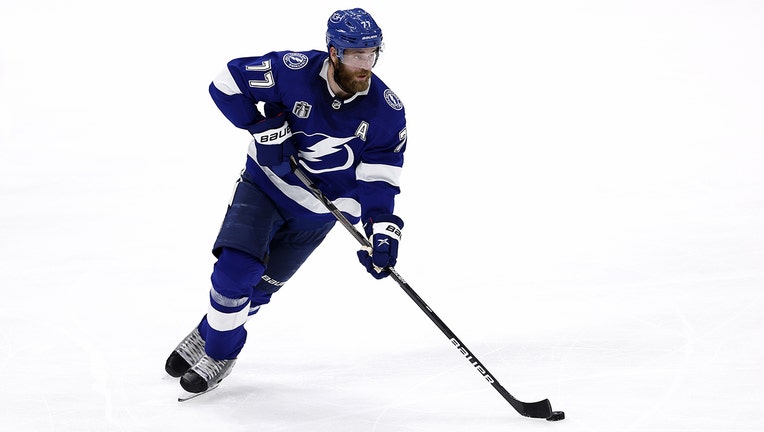 Victor Hedman #77 of the Tampa Bay Lightning carries the puck during the second period against the Colorado Avalanche in Game Four of the 2022 NHL Stanley Cup Final at Amalie Arena on June 22, 2022 in Tampa, Florida. (Photo by Douglas P. DeFelice/Get

TAMPA, Fla. - Tampa Bay Lightning star defenseman Victor Hedman was scratched from the lineup for Tuesday night’s game against the Ottawa Senators due to an undisclosed upper-body injury.

The Lightning said Hedman is day-to-day.

Hedman missed around half of the first period in Saturday’s game against San Jose after being checked hard in the corner boards.

The 2018 Norris Trophy winner sat out Monday’s practice and had limited participation during Tuesday’s morning skate that included no involvement in power-play drills.

A finalist for the Norris Trophy in each of the past six seasons, Hedman has one goal and eight points in nine games this season.

Haydn Fleury, a healthy scratch in five of the previous six games, replaced Hedman on the game roster.