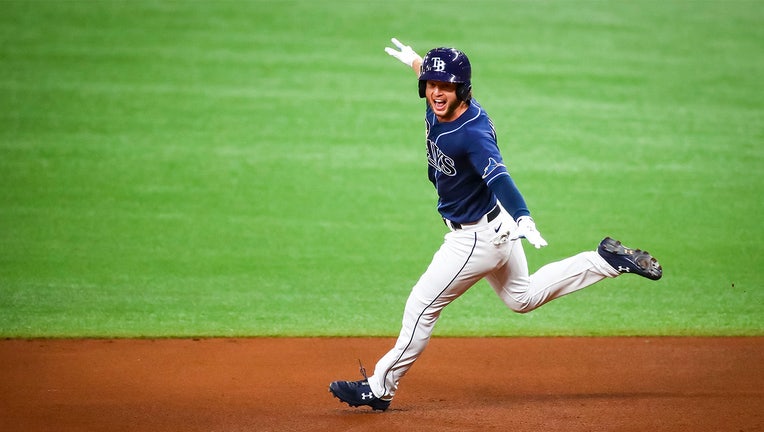 ST. PETERSBURG, Fla. - Over the weekend, Rays fans received a Brett Phillips Devil Rays' basketball jersey before Saturday's game against the Cleveland Guardians. After they won, Phillips stuck around to sign autographs.

It turns out that would be the last time fans watched the Seminole native play for the Rays. Fast-forward to Monday, Tampa Bay announced Phillips was designated for assignment to make room on the 40-man roster. Phillips will likely be traded or hit the open market.

Phillips has struggled at the plate this season. The outfielder was batting .147 with a .475 OPS and a nearly 41 percent strikeout rate, but that's not what he will be remembered for. After joining the Tampa Bay Rays in 2020 via trade, he formed a bond with local fans as a local himself. 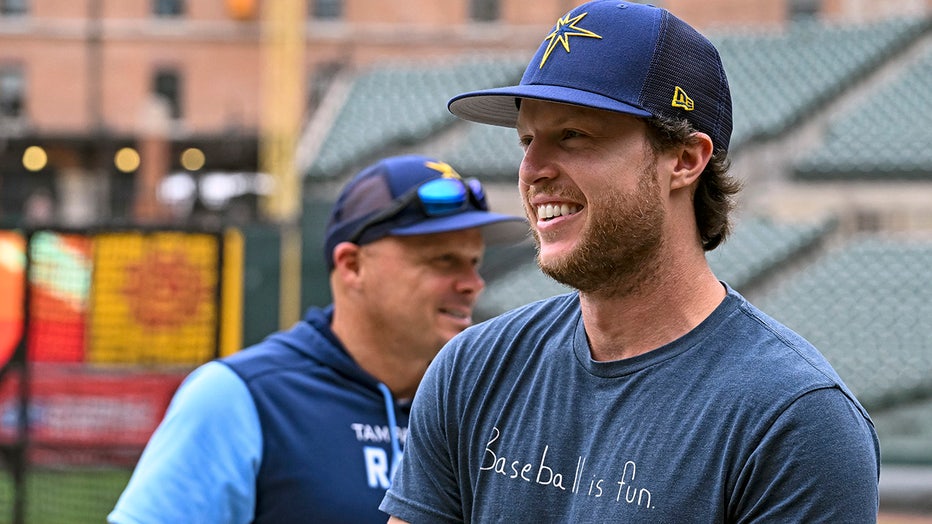 Tampa Bay Rays right fielder Brett Phillips (35) warms up prior to the Tampa Bay Rays game versus the Baltimore Orioles on July 26, 2022 at Orioles Park at Camden Yards, in Baltimore, MD. (Photo by Mark Goldman/Icon Sportswire via Getty Images)

He'll always be remembered for encouraging his teammates and Tampa Bay and for his entertaining pitching style.

Plus, fans won't forget his iconic walk-off in Game 4 of the 2020 World Series, when he spread his arms like airplane wings as his teammates ran across the field with him.

Or when he did it again.

After Monday's announcement, Phillips shared a video on Twitter, reminding everyone, "baseball is fun."

His full statement is below:

Rays fans, it’s been an absolute pleasure and honor to play for my hometown team. It sucks, but we all know, business is business.

Until next time and never forget, baseball is fun.