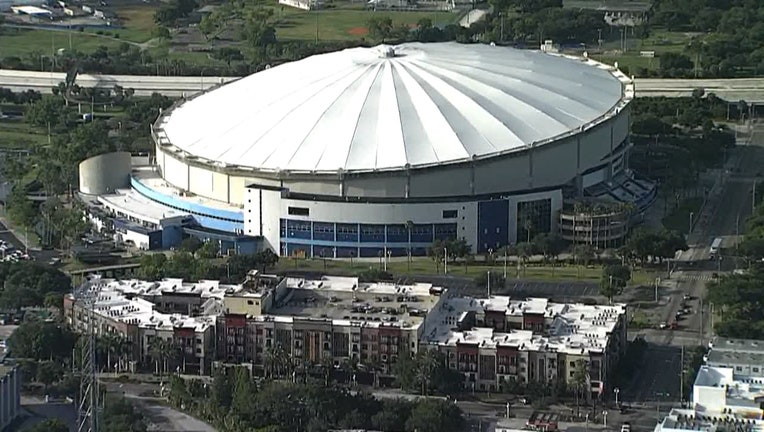 ST. PETERSBURG, Fla. - Baseball's plan to play ball is moving forward, and now there is a schedule. The Tampa Bay Rays are going to open the season almost four months after it was supposed to start.

The Rays will host the Blue Jays for the first three games with opening day on Friday, July 24. It is the 11th consecutive season the Rays will play at home on its Opening Day.

Games at the Trop will not be open to fans.

Tropicana Field will be home for the first five games of the season, but they'll have a daunting test on the road in the middle of August. The Rays will be traveling to three cities: Boston, Toronto and New York to play 10 games within 11 days.

The shortened season will be followed by a ten-game playoff. To get everything wrapped by late September, the MLB will have its 60-game season in 66 days.

The full schedule for the Tampa Bay Rays can be viewed here.

One quirk of the 60-game schedule is that division foes will play 10 times each, but not necessarily five times in each city. For instance, the Yankees and Red Sox will play seven games in the Bronx but just three in Boston.

The schedule was a bright spot on an otherwise shaky day in baseball’s reboot following a shutdown of more than three months. The steady stream of players testing positive and opting out is leading to a growing unease that the full season might not be played.