Behind the scenes of Lightning game production

TAMPA, Fla. - John Franzone is the man behind the Lightning’s pre-game entertainment. For 35 years Franzone has been putting on in-game shows entertaining fans in stadiums.

His career began with the Mets in 1986. Then stints with the Yankees, Rays and finally striking it with the Lightning. He’s been running the show at Amalie Arena for the last 13-years.

He’s the maestro that helps pump up the team and Lightning Nation with spectacular video presentations. 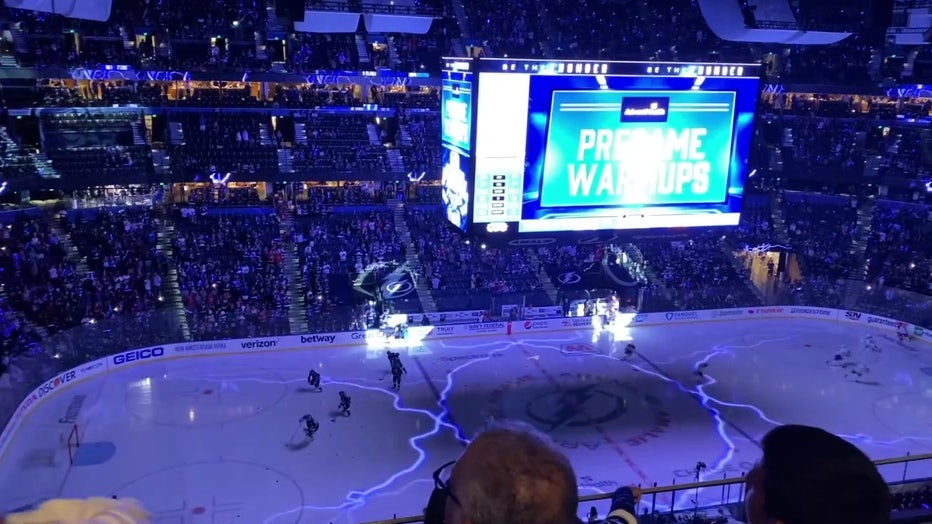 Every game, Franzone and his 60-member production crew go to work with a goal to electrify the crowd. Each game has new looks, all with a similar purpose.

"We'll try to inform you," said Franzone. "We'll try to entertain you. We'll try to inspire you, with things like our military salutes and our community hero and the other pieces that we produce. First and foremost it's about creating a home-ice advantage… It's a big family feel here, very familial. So when we introduce Sonya Bryson, she gets as big of an ovation as the players do. Because she's part of the family." 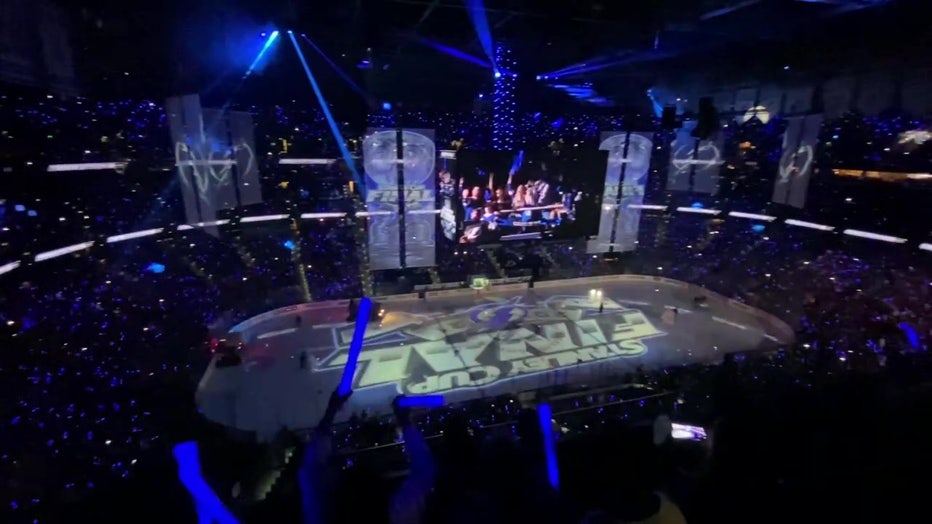 When it's showtime, you won't find John glued to TV monitors, the control room, or on the stage with the night's talent. In the last few years, John has turned over the controls to his assistant and finds his way up to the top of Amalie Arena to soak it all in. It gives a full view of all their hard work.

"I kind of go to my secret spot up in the 300 level and I watch it," shared Franzone. "Take it all in the lights, the video, the live performances. Everything we are doing. The scoreboards, the ribbon boards, the organist. Everything that is sort of baked into this casserole of entertainment that we try to enthrall our fans with. I stand there... and I'm listening to how the fans are reacting to it and last game was just remarkable."

Game days are a grind. It’s a 15-hour long day, but all worth it especially if the night ends with a Lightning win.

"It's a wonderful feeling to know that you can use this as a foundation to create that memory for people and to get them jazzed up," explained Franzone. "At the end of the day create that hometown, home-ice advantage."