LOS ANGELES - Tiger Woods was seriously injured Tuesday when his SUV crashed into a median, rolled over and ended up on its side near a steep road in suburban Los Angeles known for wrecks, authorities said. The golf superstar had to be pulled out through the windshield, and his agent said he underwent leg surgery.

He was lucid enough to give his name —"Tiger" — to the sheriff’s deputy who had poked his head through a hole in the windshield.

"At that moment, it clicked in my mind and I immediately recognized him as Tiger Woods," Los Angeles County Sheriff’s Deputy Carlos Gonzalez said Tuesday.

The single-car crash was another setback for Woods, the preeminent golfer of his generation who has spent the last decade in a cycle of injuries, self-inflicted personal problems and an arrest for DUI. Each time, he returned to the course and won.

Even at 45, Woods is among the more recognizable sports figures in the world and remains golf's biggest draw. His 2019 Masters victory was seen as a transcendent comeback and further cemented his reputation for toughness and clutch performances. Briefly Tuesday, the world paused and worried that Woods might be critically injured or worse. As it became clear that his life wasn't in danger, the obvious question came out: Can he play golf again?

Listen to the dispatch audio from the Tiger Woods crash

Listen to the 911 call to authorities reporting the single-car crash involving Tiger Woods.

"As if his body hasn’t endured enough," Jon Rahm, the No. 2 player in the world, said from the Workday Championship in Florida. "I just hope he can get out of the hospital after recovery and he can still play with his kids and have a normal life."

His agent said Woods underwent surgery on his leg, and the injuries were described as serious. No charges were filed, police said there was no evidence he was impaired and no one else was injured.

It was the 10th surgery for Woods, who has suffered knee, back and neck problems for more than a decade.

Woods was in Los Angeles over the weekend as tournament host of the Genesis Invitational that ended Sunday, and then to film content for his sponsor, Discovery-owned GOLFTV. He was not playing while recovering from a fifth back surgery on Dec. 23.

Woods was alone in the SUV when it crashed into a raised median, crossed two oncoming lanes and rolled several times, authorities said at a news conference. Police said Woods was alert as firefighters pried open the front windshield to get him out.

Los Angeles County Sheriff Alex Villanueva said the airbags deployed and the inside of the SUV stayed mostly intact, which "gave him a cushion to survive the crash."

There was no immediate evidence that Woods was impaired. Authorities said they checked for any odor of alcohol or other signs he was under the influence of a substance and found none. They didn’t say how fast he was driving.

How did Tiger Woods’ crash happen? Stu Mundel from Fox 11 Los Angeles breaks it down

The crash happened about 7:15 a.m. on a sweeping, downhill stretch of a two-lane road through upscale suburbs. Gonzalez, the first to get to the wreck, said he sometimes catches people topping 80 mph in the 45 mph zone and crashes are common.

"I will say that it’s very fortunate that Mr. Woods was able to come out of this alive," Gonzalez said.

Thoughts and prayers have come from everywhere — Jack Nicklaus and Michael Jordan, Mike Tyson, and former Presidents Barack Obama and Donald Trump, who has played golf with Woods and awarded him the Presidential Medal of Freedom in 2019. 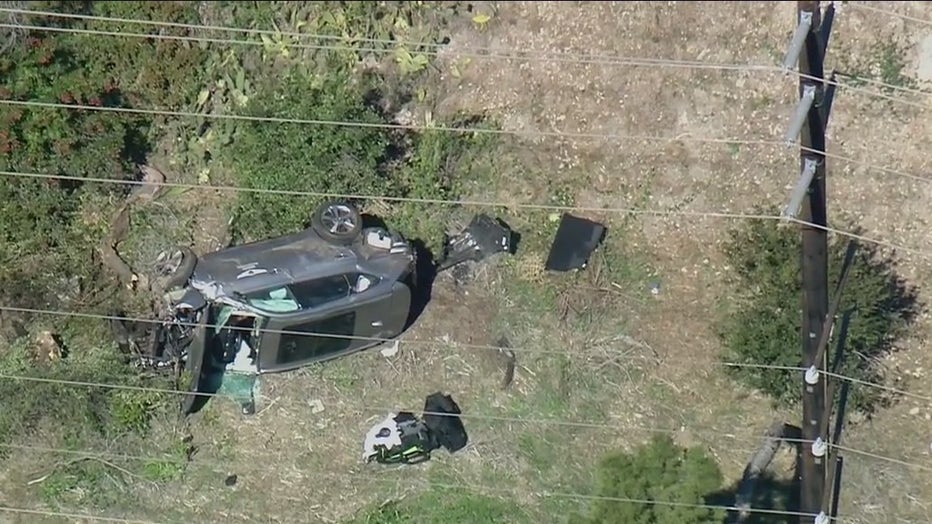 Woods, who shares with Sam Snead the PGA Tour record of 82 career victories, had said during the Genesis Invitational television broadcast that he was awaiting one more test from his Dec. 23 microdiscectomy surgery before learning if he could expand his work. Asked about playing the Masters on April 8-11, Woods replied, "God, I hope so."

Woods has carried the sport since his record-setting Masters victory in 1997 when he was 21, winning at the most prolific rate in modern PGA Tour history. He is singularly responsible for TV ratings spiking, which led to enormous increases in prize money.

He feared he would never play again until fusion surgery on his lower spine in April 2017. He returned a year later, and won the 2018 Tour Championship.

He played patient, calculating golf as other contenders wilted on the final nine holes to win the 2019 Masters, his first major in 11 years. The previous one was the U.S. Open in 2008 at Torrey Pines, on a left leg with shredded knee ligaments and a double stress fracture. He had reconstructive surgery a few days later. 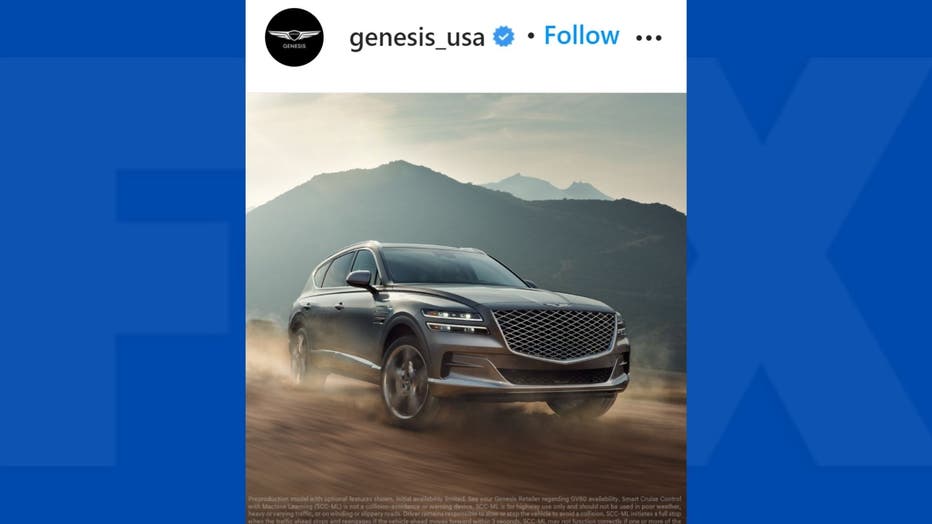 Woods last played Dec. 20 in the PNC Championship in Orlando, Florida, an unofficial event where players are paired with parents or children. He played with his son, Charlie, who is now 12. Woods also has a 13-year-old daughter, Samantha.

The news put a damper on the World Golf Championship in Florida, where Woods was eligible to play.

"I’m sick to my stomach," said Justin Thomas, No. 3 in the world and among the younger players whom Woods has embraced. "It hurts to see one of my closest friends get in an accident. Man, I just hope he’s all right."

This is the third time Woods has been involved in a car investigation. The most notorious was the early morning after Thanksgiving in 2009, when his SUV ran over a fire hydrant and hit a tree. That was the start of shocking revelations that he had been cheating on his wife with multiple women. Woods lost major corporate sponsorships, went to a rehabilitation clinic in Mississippi and did not return to golf for five months. 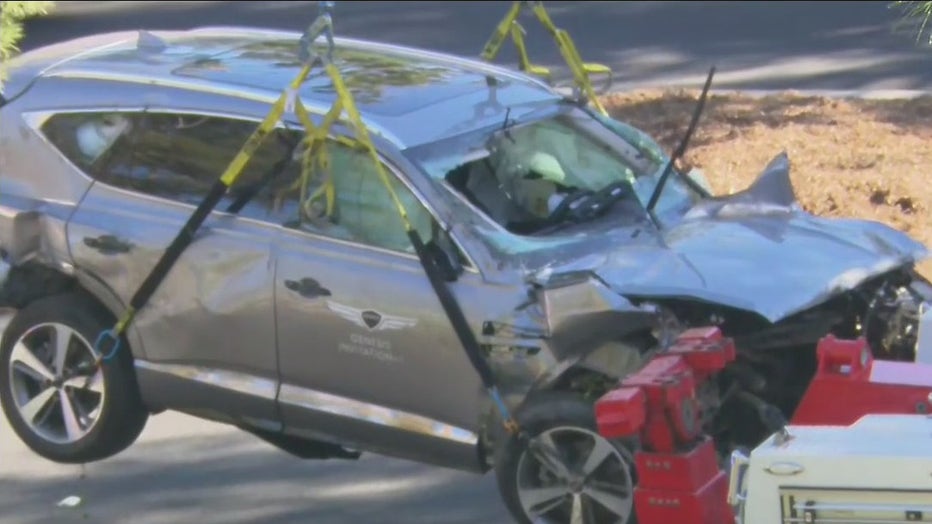 In May 2017, Florida police found him asleep behind the wheel of a car parked awkwardly on the side of the road. He was arrested on a DUI charge and said later he had an unexpected reaction to prescription medicine for his back pain. Woods later pleaded guilty to reckless driving and checked into a clinic to get help with prescription medication and a sleep disorder.

Woods hasn’t won since the Zozo Championship in Japan in fall 2019, and he’s reduced his playing schedule in recent years because of injuries. Besides his back surgeries, he’s had four surgeries on his left knee.