TAMPA, Fla. - Tom Brady is facing another familiar opponent this week, minus the emotional element.

When Brady and the Tampa Bay Buccaneers host Miami on Sunday, he’ll see another coach on the opposite sideline who knows him very well. Dolphins coach Brian Flores spent 15 seasons with the New England Patriots as an assistant in a variety of roles before going to Miami in 2019. Dolphins defensive coordinator Josh Boyer spent 13 seasons in New England before joining Flores’ staff.

"Thousands of practices, probably 1,500 practices," Brady said Thursday about their time together. "It’s a lot over a long period of time and ‘Flo’ does a great job. He’s a great football coach. He’s coached different positions on the defensive side of the ball, so I think he has a great understanding. Josh Boyer, who I know really well, he was coaching defense when I was with the Patriots for a long time. He does a great job with the secondary, he’s a great play-caller.

"They have really good pressures, a variety of fronts. They do a good job disguising coverages and they try to throw the quarterback off a bit. I’ve just been studying them all week and going back into last year, stuff last year. Obviously, I’ve got a lot of familiarity with things they’ve done in the past. I try to be prepared for as much as I can." 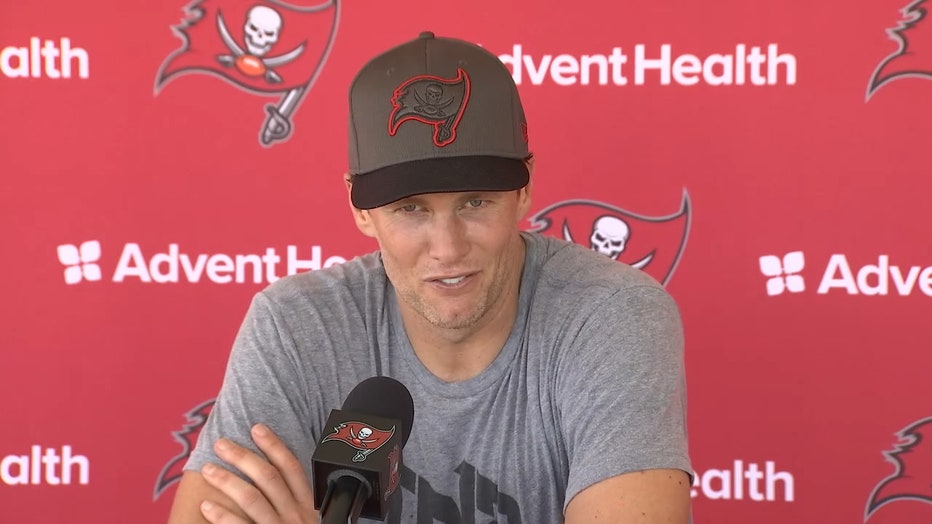 The defending Super Bowl champion Bucs beat Bill Belichick and the Patriots 19-17 last Sunday night in Brady’s return to Gillette Stadium. It was an emotional week for Brady, who led the Patriots to six Super Bowl titles during 20 years with the team.

Now, as his old coach would say, it’s onto Miami. The Bucs (3-1) can’t afford a letdown against the Dolphins (1-3). Brady is 23-12 against Miami, the only team that has beaten him double-digit times.

"We’re professionals and we’ve got a huge game," Brady said. "They all count the same. It doesn’t matter what happened last week, we’ve got to put everything into it this week. We had one of our best days of practices today, which I thought was awesome. Guys were really focused. We’re all trying to improve. Nothing is perfect. We’ve had a lot of close games this year, done OK in some situational football stuff but we have a lot of room for improvement as we all know, certainly on offense."

Tampa’s high-powered offense struggled in the red zone against New England. They scored one touchdown in four trips inside the 20 after going 10 for 14 in the first three games. They were missing tight end Rob Gronkowski, who had four red-zone TD catches in the first two games. Plus, the rainy weather contributed to some errant throws.

Arriving in Tampa just days before the Bucs will head to face the Patriots, doesn't give Sherman enough time to digest the Bucs’ defensive playbook. He's not expected to play on Sunday unless it's an emergency situation.

Brady made no excuses.

"We just didn’t execute the way we’re capable," he said. "One of four is not where we want to be. We want to be 3-of-4, 4-of-4, so we’ll try to, obviously, get better at it this week. It’s an important part of the game. Anytime they hold you to field goals, for a defense it’s a big thing, especially in close games. You’ve got to win the red area. That’s all points. You’ve got to win third downs, it keeps you on the field. You’ve got to win the kicking game, which is field position. Turnovers, extra possessions, in the end, everything adds up. It’s a game of points and there’s a very thin margin of error."

When Brady last faced Flores, the Dolphins stunned the Patriots in the final regular-season game of the 2019 season, costing New England a first-round bye. The Tennessee Titans then knocked the Patriots out of the playoffs in the wild-card round in what turned out to be Brady’s last game for New England.

"There’s no confusing (Brady)," Flores said this week. "He’s seen everything. I could sit here and say you can do this, that and the other. But there’s no confusing the guy. It’s about trying to execute. They’ve got good players. Look, every defense has somewhere in the defense where there’s some kind of weakness. ... He’s seen pretty much everything. So there’s no confusing him. We’ve got to do a good job really across the board. We’ve got to play — the entire team has to play well offensively, defensively and in the kicking game. That’s what we’re going to have to do to have success against this team."