The team's home opener starts at 7:07 p.m. against the Los Angeles Angels.

The Blue Jays are taking a page out of another Toronto team's playbook -- the NBA's Raptors, which are continuing their season in the Bay Area because of ongoing travel restrictions in Canada.

The Blue Jays play their first three homestands in Dunedin. Capacity at TD Ballpark is limited to 15 percent. The park can seat roughly 8,500 fans, meaning only 1,300 spectators will be allowed inside.

As of Thursday morning, tickets for the game are available online at bluejays.com/tickets. They start at $70 and customers must buy at least two tickets in keeping with the team's pod-seating structure due to safety precautions. 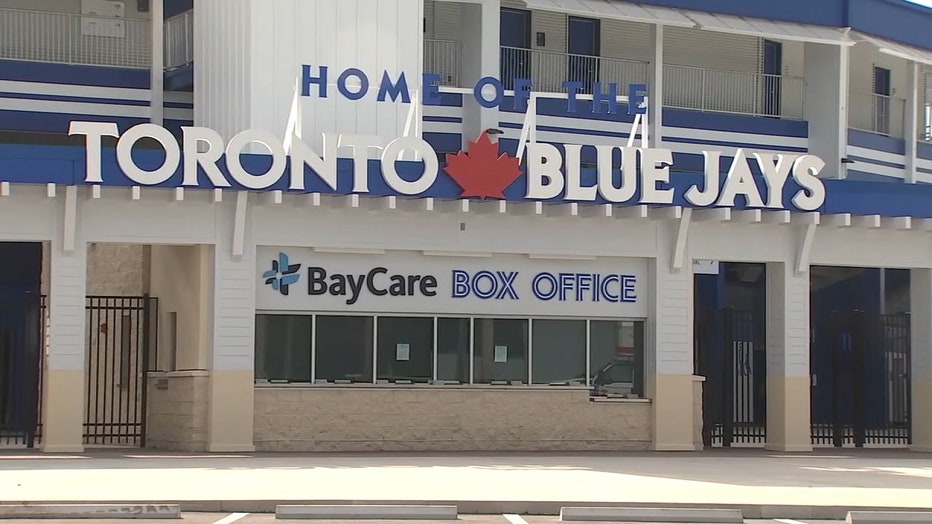 The team says that no decision has yet been made on a Blue Jays home location after the first three homestands, but the primary goal is to return to play on Canadian soil as soon as it is safe to do so. Toronto says they've been actively working through plans for what a safe return to their home at Rogers Centre would look like, while also looking at alternatives in Dunedin and Buffalo.

The team last played at Rogers Center in September 2019 ending with an 8-3 win over Tampa Bay. City leaders in Dunedin have described the temporary move to the team's spring training home as a "shot in the arm," with leadership saying it is excited to have Toronto hosting the Angels beginning Thursday night.

Tourism officials point out that Canada is becoming a significant market for Tampa Bay sporting events, considering the Blue Jays at TD Ballpark and the Raptors at Amalie, not to mention the spotlight drawn to the region by Super Bowl 55 in February.

It’s not every day the Bay Area gets to see an MLB team playing regular-season games in Dunedin. It’s the kind of chance that may not come again after this season if the Blue Jays have anything to do with it.

Another headline to mention about Thursday's home opener: former Rays manager Joe Maddon will make his return to Tampa Bay as manager of the Angels.