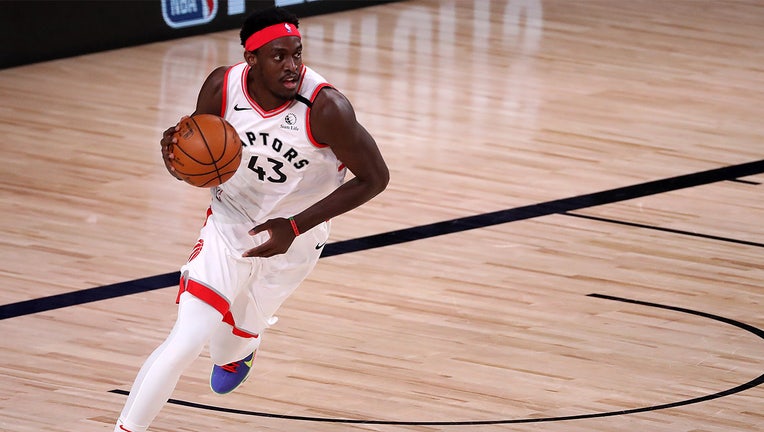 SAINT LEO, Fla. - It may not be permanent, but sports fans in the Bay Area are welcoming the Toronto Raptors with open arms as many people are excited to have an NBA team at home to cheer on this season. Their season is close to getting underway as training camp for the team begins Tuesday morning at St. Leo University.

The Raptors will be calling Tampa home for the next few months due to COVID-19 restrictions in Canada. Ultimately, the team was forced to find a home away from home after the Canadian government said they would not make an exception for pro-athletes to travel back and forth over the border.

With the current temperature of the pandemic both in Canada and here in the U.S., the Canadian government has closed the border except for essential travel. They decided that traveling for NBA games didn’t qualify as essential.

The team decided, after spending time in the NBA bubble in Orlando during their last season, they’d be making their way back to Florida. They’ll play at least the first half of their season’s home games in Tampa at Amalie Arena.

Training camp starts Tuesday at St. Leo University, but it will only be individual workouts. Team workouts won’t be able to start until at least this weekend, as players will need to have at least three negative COVID-19 tests before they can join the team and start conditioning together.

It’s going to be a different year for the team, but it appears fans both in Toronto and here in Tampa are excited.

"There is certainly no surprise from the Canadian perspective that a lot of people love flying straight south from Toronto to Florida, so I can imagine that when people can actually cross the border again and we know the border restriction has extended to Dec. 21st which is just a day before the season tips off, we know the snowbirds from Canada will be flying south to watch their favorite NBA team,” said Devin Heroux, a CBS sports correspondent.

As of now, the NBA has said that they might be willing to allow 25% capacity at their games, but they’re going to leave it up to local governments to decide whether or not they want to move forward and allow that plan in their city.