TAMPA, Fla. - Not one, but two Bay Area high school volleyball teams have been crowned state champions. For Calvary Christian, it was the first state title in program history.

"It's hard to explain the feeling," head coach Kim Whitney said. "It's everything you'd want for, and hope for."

One day after winning the state championship it still hadn't set in with the Warriors. Their opponents are apparently just as surprised. 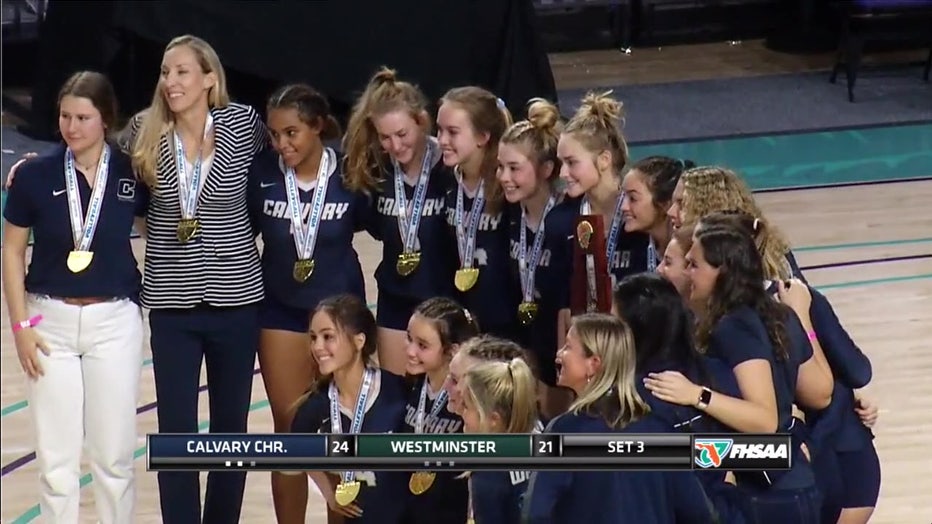 "We were just overlooked by so many teams," outside hitter Lauren Cairo stated. "It's not like we didn't expect it. It was just more of like 'if it happens, it happens.' It's still so shocking."

Calvary Christian pulled off a dominating, straight-sets win in the FHSAA 3A State Championship over Westminster. They admit it was a challenge to stay locked in with a commanding lead, and a state title just moments away.

"We definitely struggled this season finishing sets," explained outside hitter Noelle Walsh. "This last game...we were like 'okay we're going to do this in three (sets). We're not going to carry this out.'" 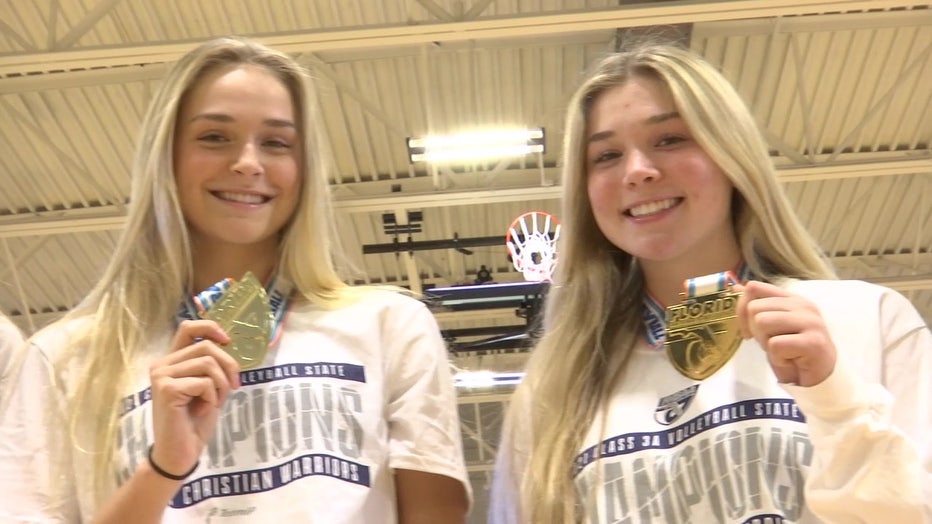 Meanwhile, the other state champion, Plant High, had a bit more of a dramatic finish. The Panthers found themselves down two sets to one against Windermere, one set away from elimination.

"Coach (Sarah) Reiss doesn't usually yell at us," outside hitter Lily Frierson shared. "But she definitely looked us in the eyes and told us this is the moment to bring it. There's no other time."

The pep talk worked. Plant would storm back, dominating the final two sets to win their first volleyball state championship in 11 years.

"I really haven't felt it yet," middle hitter Reese Friar said. "I still feel like we're in the game. The victory still has not set in."

However, the victory did happen. Plant and Calvary Christian's wins may have different stories but have the same glorious result.