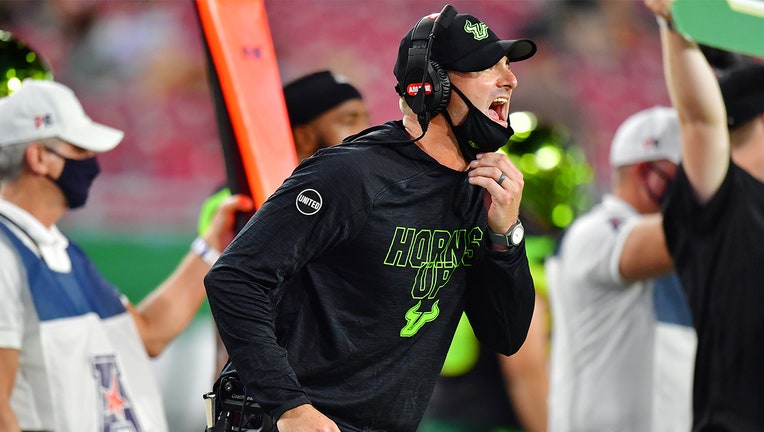 TAMPA, FLORIDA - OCTOBER 23: Head coach Jeff Scott of the South Florida Bulls reacts during the first half against the Tulsa Golden Hurricane at Raymond James Stadium on October 23, 2020 in Tampa, Florida. (Photo by Julio Aguilar/Getty Images)

TAMPA, Fla. - The University of South Florida's Athletic Director appears determined to make the school a destination job for all of its programs.

That's why USF made sure they locked down their coaches for a longer period of time. On Tuesday, a series of contract extensions were awarded to 14 coaches – that includes head football coach Jeff Scott, who received a two-year extension, which is good through the 2026 season.

The women's basketball coach, Jose Fernandez, was extended through 2027.