"I couldn’t sleep, man," the USF defensive back admitted. "I was excited."

Pro Day is essentially a job interview for college football seniors. And the job they are applying for is NFL player. On this spring day on the USF campus, a dozen NFL teams brought personnel equipped with stopwatches and notepads.

For guys like Sails, a good showing may be the difference between being drafted or not. So his excitement and restlessness are certainly understandable. Sails came to USF from East Bay High School after a time at the University of North Carolina.

His position on the field is cornerback, and his speed and athleticism are on full display on Pro Day. 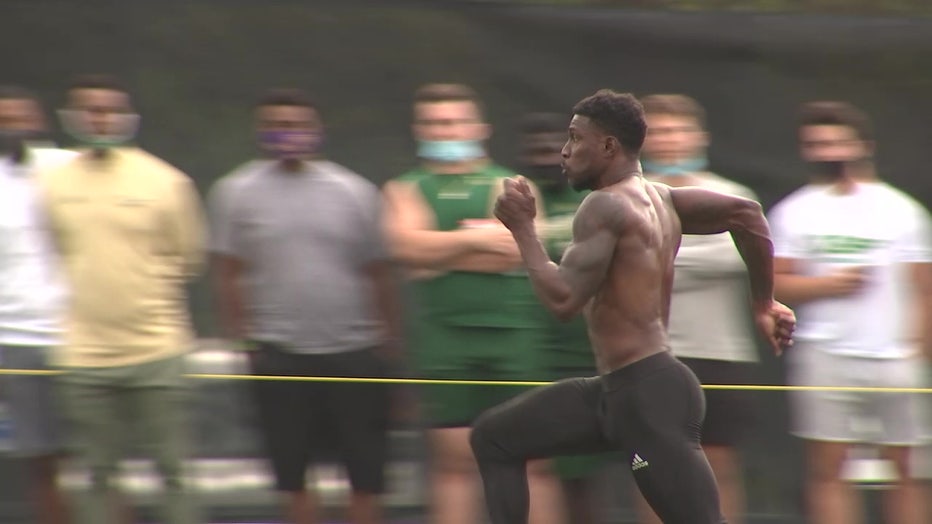 The 40-yard dash is a measure of top-end speed. The NFL is full of blazing wide receivers. To play on Sunday, Sails has to demonstrate he can stay with the fastest in the league.

He runs for the stopwatches twice. The official time wasn’t released by the school, but it was in the 4.4-4.5 range. Sails laughed playfully and didn’t disclose his actual time.

READ USF coach Scott on Bulls' QB battle: 'A good problem to have'

"I tested pretty well," he said humbly. "I’m satisfied with my numbers. Like I said, I came out to do what I had to do and what I needed to do."

Sails was among a group of eight USF footballers getting a look by the NFL scouts. The group quickly ran through the 40, the standing long jump, shuttle runs and position drills. 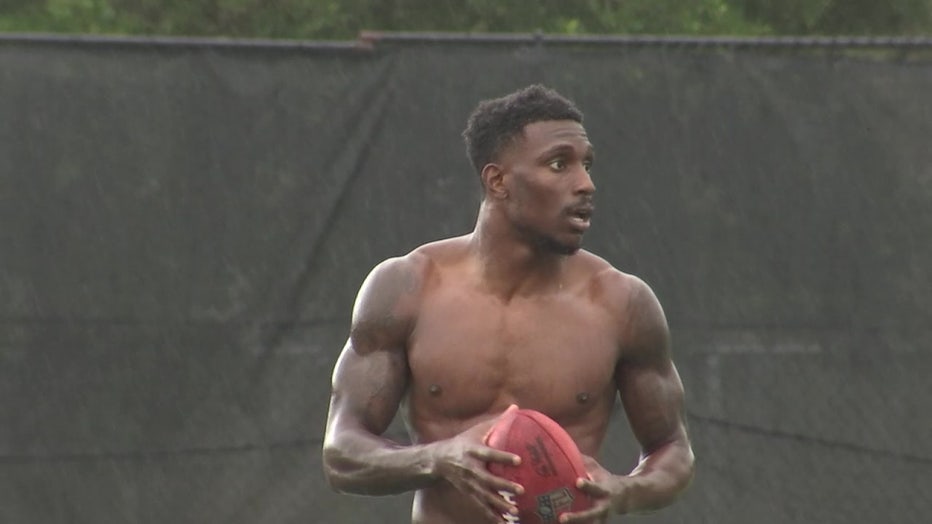 Shortly after the 40-yard dash is completed, rain fell on the USF turf field. Footing became a little more difficult, but Sails continued to work, keeping his feet under him. Staying grounded is key to success in any endeavor, and certainly will be for Sails. The recent graduate with a degree in social science has a strong interest in social justice and staying involved in the community.

The rain ended just as the workout wrapped up. The sun emerged and the wait for Sails began.