TAMPA, Fla. - This week, the University of South Florida unveiled renderings of their new indoor practice facility and announced their Lee Roy Selmon Athletics Center will get some upgrades.

Football head coach Jeff Scott said he hopes it will be a game-changer when it comes to recruiting. The new practice facility will begin construction this summer and is scheduled to be completed by the start of the football camp for the 2022 season.

Renovations to the current athletics center are scheduled to begin after spring football practice ends and is expected to be done by the start of the fall football camp for the 2021 season.

The total cost for the two-part project is $25 million, officials said. USF officials said $3 million will be used toward the Lee Roy Selmon Athletics Center, including the football locker room, team room, as well as additions to the team lounge, nutrition center, and branding upgrades.

The center was built back in 2004 and this year’s renovations will be the first major upgrades since that time.

"It’s an exciting day around here," Scott expressed during an interview on Good Day Tampa Bay.

The rest of the $22 million will go toward building the 88,000 square-foot indoor practice facility. It will be located along Sycamore Drive on the Tampa campus. 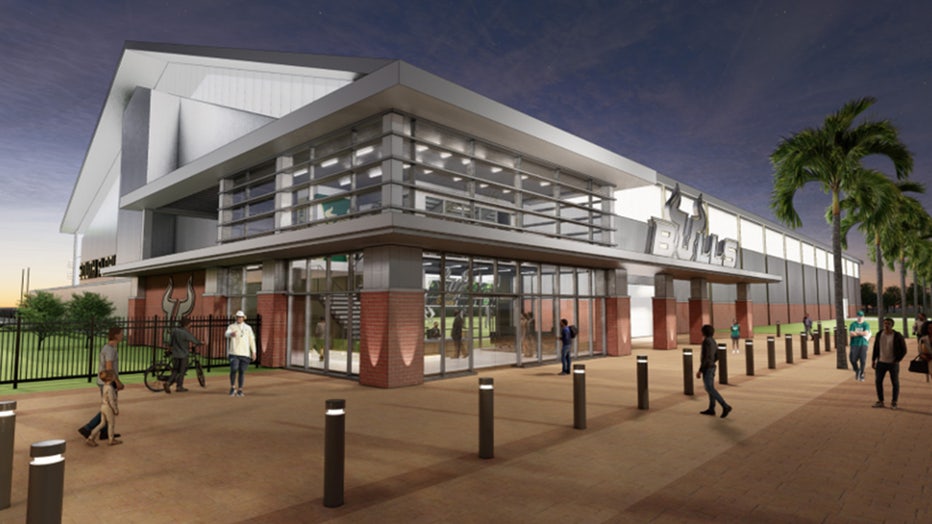 Athletics officials said it will include a 100-yard turf football field and will be climate-controlled. There will also be a lobby and observation deck.

The indoor practice facility will be used by all sports at the university, and will be vital during Florida’s rainy season, the head coach explained. 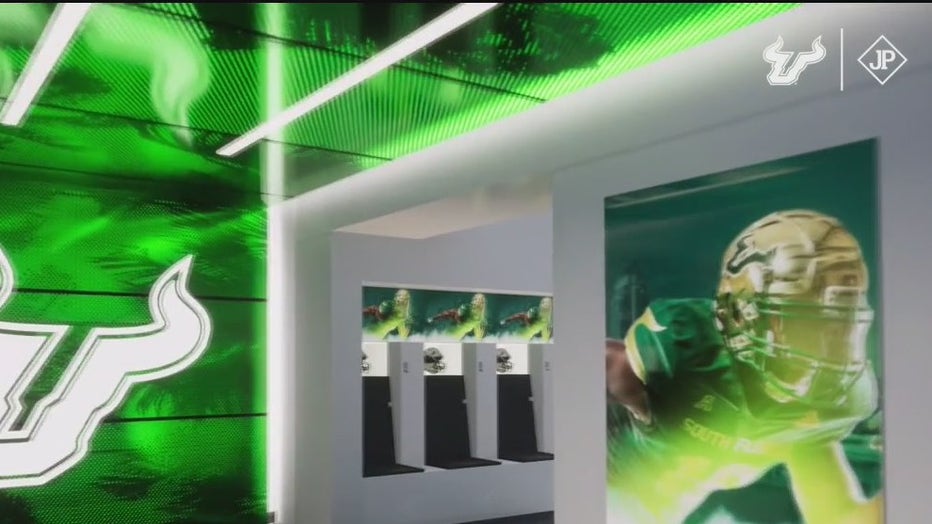 "It’s something, I think, our guys will use year-round. Not just during football practices, but also the training sessions they do year-round," Scott said. "Just to have a controlled environment to be able to always have access to is definitely going to be very beneficial for us in the future."

Back in 2007, USF released the study results for building an on-campus football stadium. However, the latest announcement of athletics facility updates didn’t provide an update on the possibility of a new football stadium.

Scott said the upgrades and new facility announcement brings some excitement to the spring practice. Last year, as his first season being the USF head coach, it was nothing less than a challenge. 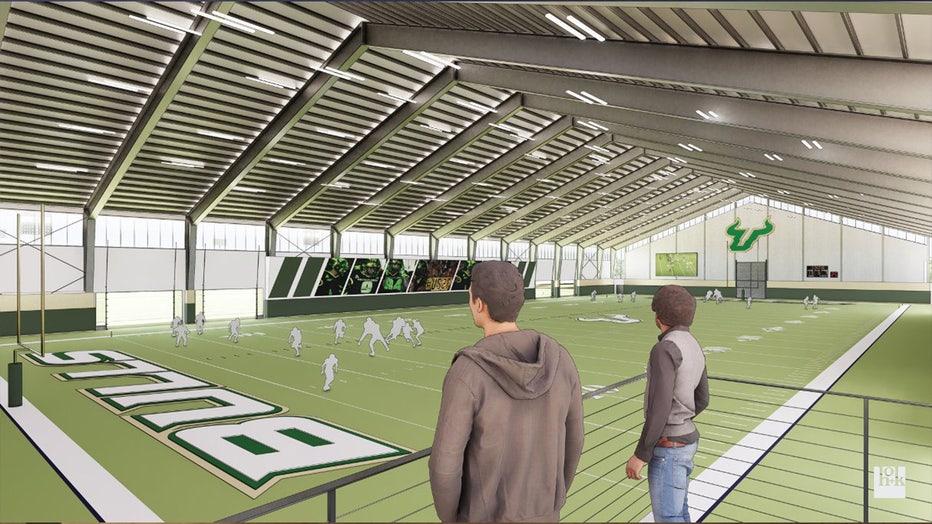 When the pandemic hit, Scott said the team had to head home for three months.

"I think those first eight months, when you take over a program, is the most critical period in developing your team," he explained. "I think this offseason is going to be really, really important before we move forward this season."

For the upcoming football season, USF will be hosting the University of Florida and will face-off with BYU.

"One thing we’ve been talking to our players about is we must embrace these challenges and opportunities that we have ahead of us," Scott said. "Let’s attack it. Let’s do it together. We’re off to a really good start this spring, and I expect this next season to be much more successful than last year."