TAMPA, Fla. - The phrase "uncertain times" is so liberally thrown around these days it's become a catchphrase. Any bit of familiarity is refreshing, such as USF women's soccer being good.

"You're not taking any game for granted," Bulls defender Sabrina Wagnar said. "You want to play for that moment. I think that's what gone right for us."

With one game left in the regular season the Bulls only "non-win" is a scoreless draw against the Florida Gators back in February. They've already clinched at least a share of the regular-season conference title and will host the American Athletic Conference Tournament.

"Everyone has done their part in executing the tactics to near perfection," Bulls forward Sydny Nasello said. "It's been a whole team effort. No individual anything." 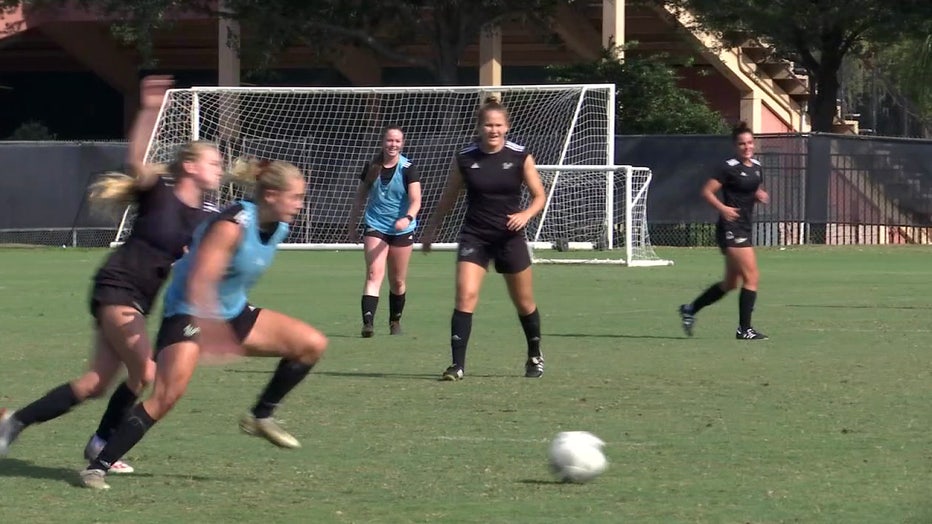 "It says more about the gradual climb of our program," head coach Denise Schilte-Brown said. "These seniors seem to be determined to want to put that kind of stamp on their legacy during their time here."

While defeating Cincinnati remains priority number one, defending their home field in the conference tournament is very much on the forefront of their minds.

"The last time we had the conference championship here at our home field and we didn't win it, it feels awful," Schilte-Brown said. "It feels wrong. It just feels like somebody has not just won a championship, but something that was partly yours to begin with, so the girls have a renewed sense of purpose if we get there."