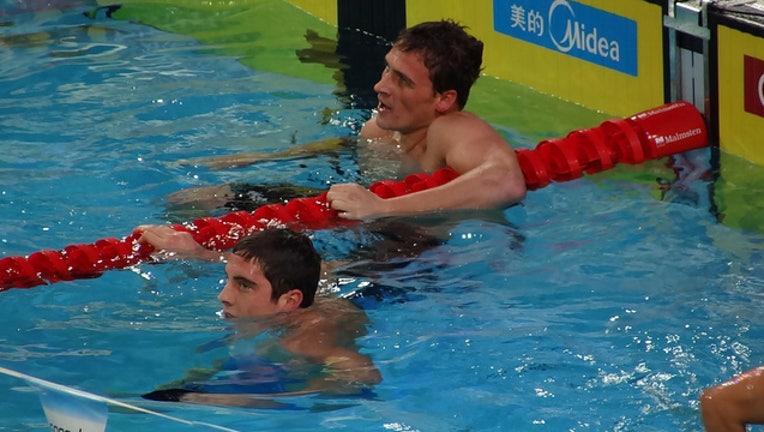 RIO DE JANEIRO (AP) — Ryan Lochte and three other American swimmers were robbed at gunpoint early Sunday by thieves posing as police officers who stopped their taxi and took their money and belongings, the U.S. Olympic Committee said.

In the latest security incident to hit the Rio de Janeiro Games, Lochte told NBC that one of the robbers put a gun to his forehead before taking his wallet. No one was injured.

Lochte and his teammates were returning to the athletes village by taxi after a night out at the French Olympic team's hospitality house in the Rodrigo de Freitas area in the upscale south zone of the city. The outing was several hours after Olympic swimming ended Saturday night at the Rio Games.

"Their taxi was stopped by individuals posing as armed police officers who demanded the athletes' money and other personal belongings," USOC spokesman Patrick Sandusky said in a statement. "All four athletes are safe and cooperating with authorities."

Sandusky told The Associated Press the robbers took cash and credit cards only, and that no Olympic medals were lost.

Traveling with Lochte were Gunnar Bentz, Jack Conger and Jimmy Feigen. Lochte swam in two events at the Rio Games, winning gold in the 4x200-meter freestyle relay. He is a 12-time Olympic medalist.

Bentz and Conger were also part of that relay, their only event in Rio. Feigen was on the 4x100-meter freestyle relay, another gold winner for the U.S. in Rio.

"And then the guy pulled out his gun, he cocked it, put it to my forehead and he said, 'Get down,' and I put my hands up, I was like 'whatever.' He took our money, he took my wallet — he left my cellphone, he left my credentials."

Word of the robbery touched off a chain of confusion between Olympic and U.S. officials. An International Olympic Committee spokesman said reports of the robbery were "absolutely not true," then reversed himself, apologized and said he was relying on initial information from the USOC that was wrong.

Street crime was a major concern of Olympic organizers going into the games. Brazil deployed 85,000 soldiers and police to secure the games, twice as many as Britain used during the 2012 London Olympics.

Last week, a Brazilian security officer was fatally shot after taking a wrong turn into a dangerous favela, or slum. Two Australian rowing coaches were attacked and robbed by two assailants in Ipanema, and Portugal's education minister was held up at knifepoint on a busy street.

In addition, stray bullets have twice landed in the equestrian venue, and two windows were shattered on a bus carrying journalists in an attack that Rio organizers blamed on rocks and others claimed was gunfire.