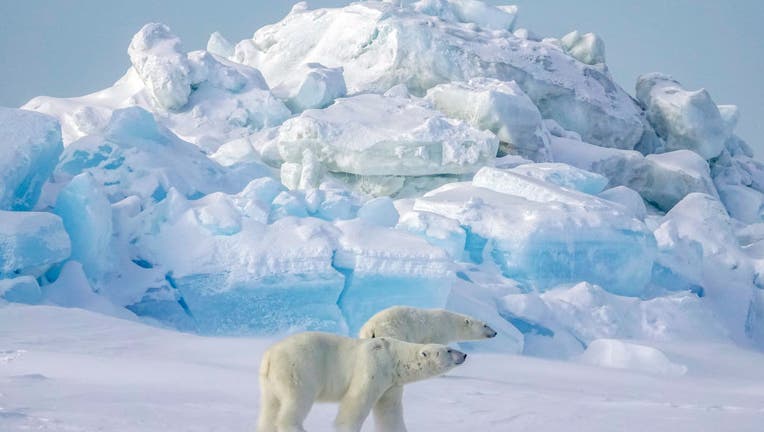 UTQIAVIK, Alaska - The sun has set on America’s most northernest town, Utqiaġvik, Alaska, and it won’t rise again until January 2022.

According to The National Weather Service, the sun officially set on Thursday, Nov. 18 at 1:37 p.m. and won’t appear in the sky again until January 22, 2022, a total of 65 days. Daylight will then increase further into late January, tallying four hours by the end of the month.

"'Hello Darkness My Old Friend...' the service tweeted. "...and just like that, Utqiaġvik has entered polar night!"

The polar night is a term when night (when the sun is below the horizon) lasts for more than 24 hours inside the polar circles.

This is caused by Earth’s rotation to the position of the sun. As a result of Earth’s tilt of 23.5 degrees, places in the Arctic Circle or Antarctic Circle go through periods of being either completely obscured from or exposed to the sun.

Spencer Dant traveled to Twelvemile Summit and filmed a video that shows the northern lights. (Credit: Spencer Dant via Storyful)

"Because the Northern Hemisphere tilts away from the sun in the fall and winter, areas north of the Arctic Circle – within 23.5 degrees of the North Pole – experience more than two months when the sun never pops above the horizon," The Weather Channel reported.

Utqiagvik lies within the Arctic Circle, so in the winter months — when the Northern Hemisphere is tilted away from the sun — the sun remains below the horizon.

But, this doesn’t necessarily mean that areas north of the Arctic Circle will experience complete darkness. When the sun is six degrees below the horizon, there is still enough sunlight for objects to be seen outside.

The opposite occurs in the Northern Hemisphere’s warm season, between May and August when the sun does not set for more than two months. This is known as the polar day.

Footage captured by Cara Wilson showed the killer whale leaping out of the waters of Aialik Bay near Seward, Alaska. (Cara Wilson via Storyful)

The town is also home to the Barrow Environmental Observatory, where researchers come to study the Arctic, according to the Ukpeaġvik Iñupiat Corporation.

According to FOX Weather, Utqiaġvik also experiences months without darkness during the summer, known as the "midnight sun." According to the Alaska Public Land Information Center, the midnight sun is only found above the Arctic Circle.

Stephanie Weaver and FOX Weather contributed to this report. This story was reported from Los Angeles.