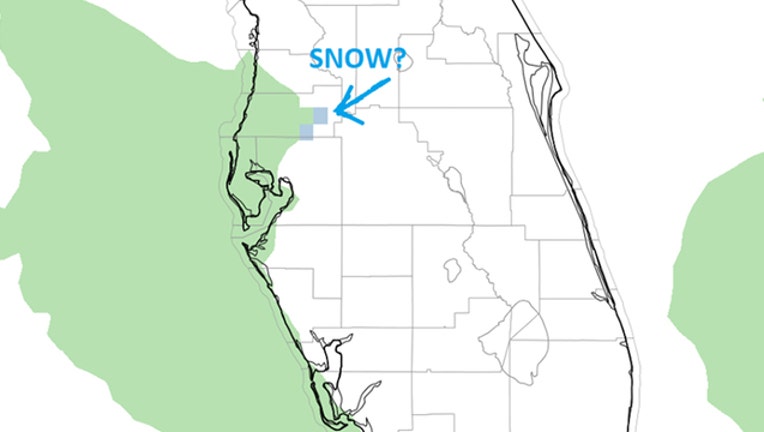 TAMPA (FOX 13) - There is a slight possibility of snow in Florida.

Yes, you read that right. However, meteorologists are choosing their words carefully.

Some of the coldest air in years will be invading the continental United States next week, says FOX 13’s meteorologist Paul Dellegatto. Eventually, some of that cold air will be spilling south into Florida.

When it comes to snow in Florida, it always hinges on having enough moisture around while it is cold enough to snow. The vast majority of our subfreezing nights occur under clear skies and radiational cooling. So, snow is rarely mentioned.

In this case, there is a small chance, according to the Euro model.

“And I mean like tiny,” Dellegatto said, “that there may be enough moisture coming in off the Gulf to produce a wet snowflake or two next Thursday. Don’t plan on making your snowman just yet!”