TAMPA, Fla. - It's been two days of temperatures remaining in the 50s in Tampa – and this weekend, it's going to get even colder.

As FOX 13's chief meteorologist Paul Dellegatto puts it, this Sunday morning will be a "popsicle." By the end of the week, an area of low pressure will move across Florida and into the Atlantic Ocean, dragging a cold front through the Bay Area on Friday night, bringing more rain. 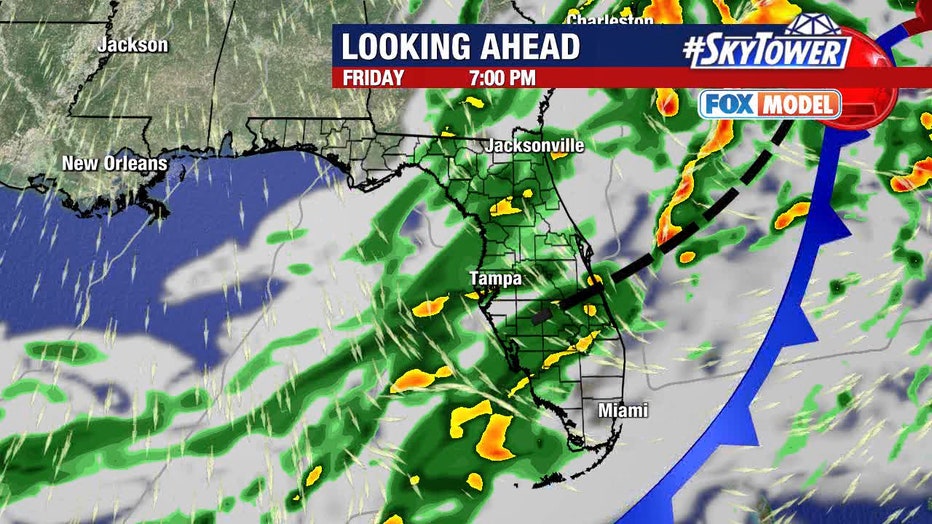 The National Weather Service issued a Special Weather Statement on Wednesday warning of a strong cold front that will move down the Florida Peninsula Friday night, then off the southeastern Florida coast during the pre-dawn hours of Saturday.

"We’re setting the stage for a very cold weekend, by Florida standards," says FOX 13's meteorologist Dave Osterberg. "Temperatures both days are going to be in the 50s. Let me tell you something," Osterberg said, "if you’re going outside Saturday night, you’re going to want to bundle up because Sunday morning might be the coldest morning we’ve had in three or four years." 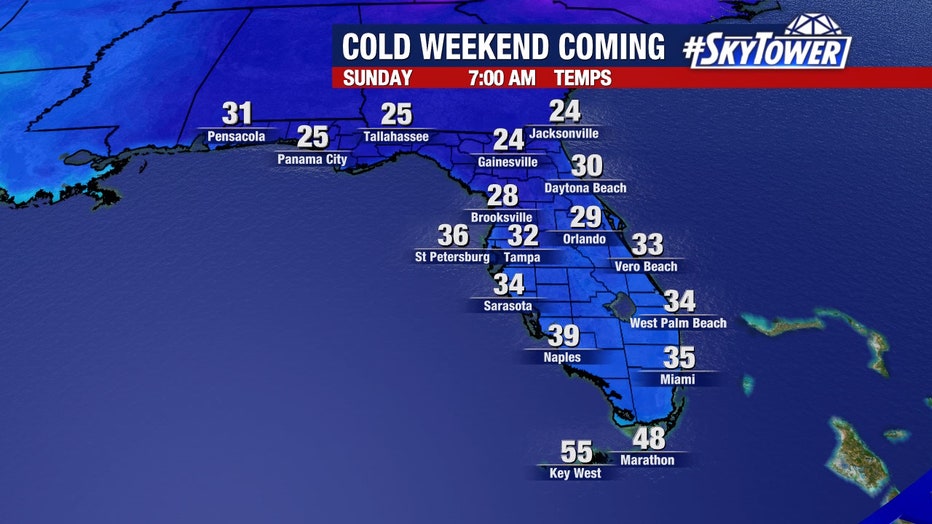 That includes the Gasparilla Invasion on Saturday, when it will be windy, cold, and a high temperature of just 54 degrees, computer models show.

"We’ve had some cold Gasparillas," said FOX 13's meteorologist Jim Weber, "and this one is going to be right there with some of the coldest ones we’ve seen -- a very chilly northerly wind."

In these areas, the duration of temperatures of 32 degrees or below could be as much as four hours. For the Bay Area, temperatures could reach as low as 36 degrees by Sunday morning. 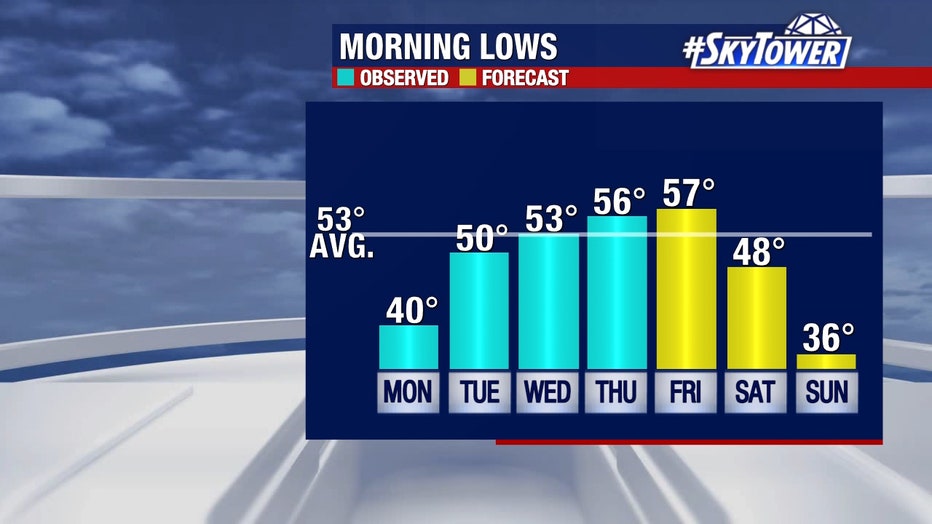 That low pressure moving over Florida on Friday night will make its way to the east coast. Then, winds will shift it north.

"That area of low pressure will work its way up the east coast and that’s going to basically blow up into a big storm, this nor’easter.  It’s going to bring just a major snowfall up across the northeast," Weber explained. "The pressure in this is going to fall rapidly, and we could see hurricane-force wind gusts." 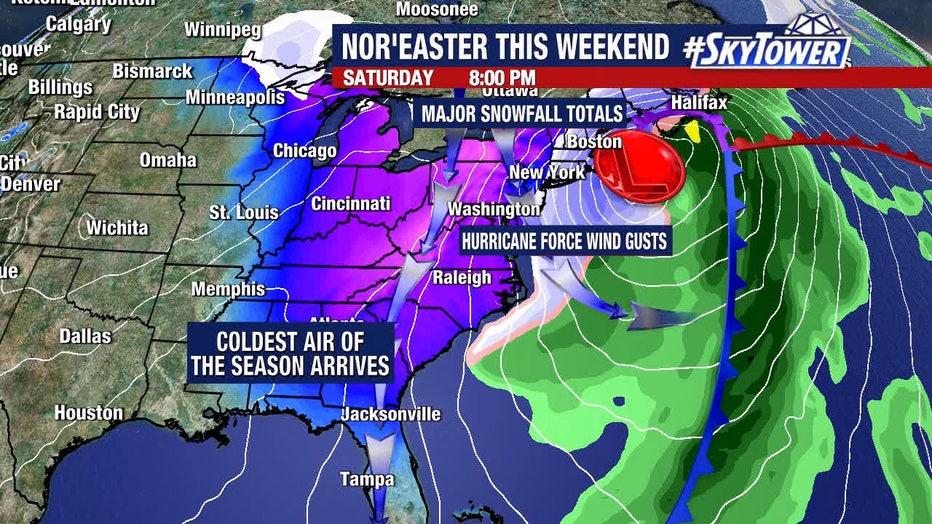