Chief Meteorologist Paul Dellegatto has updates on Tropical Storm Fred, which made landfall in Florida's Panhandle, Tropical Depression Grace, which is no longer forecast to impact Florida, and Tropical Storm Henri, which is swirling out in the Atlantic.

The center of the storm made landfall near Cape San Blas in the Panhandle around 2:15 p.m. local time.

The National Hurricane Center said wind shear kept Fred from intensifying much overnight, but the storm encountered more favorable conditions in the hours before landfall with winds strengthening to 65 mph. Tropical-storm-force winds extended outward up to 115 miles from its center. 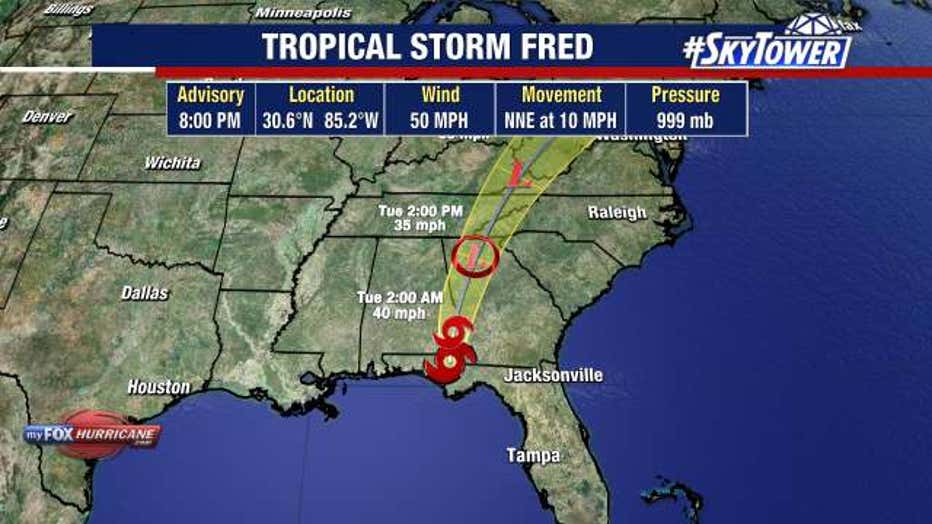 "It’s going to be a rough day for the Panhandle," FOX 13 meteorologist Tony Sadiku offered. "They’re bracing, possibly late this evening, for storm surge of 3 to 5 feet, upwards of maybe 6 inches of rain in some pockets. You know, a tropical storm making landfall." 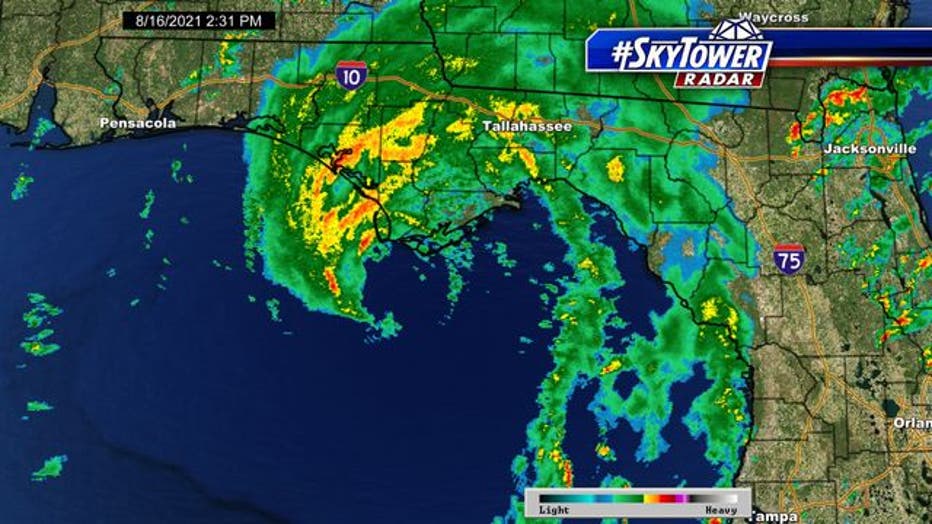 A tropical storm warning was extended east, now in effect for the coast of the Florida Panhandle from Navarre to the Steinhatchee River.

A storm surge warning is in effect for the coast of Florida from Indian Pass to Yankeetown.

Fred is far enough west that the Tampa Bay area did not experience much impact as the storm moved by, though it will be mostly cloudy with scattered showers possible today. 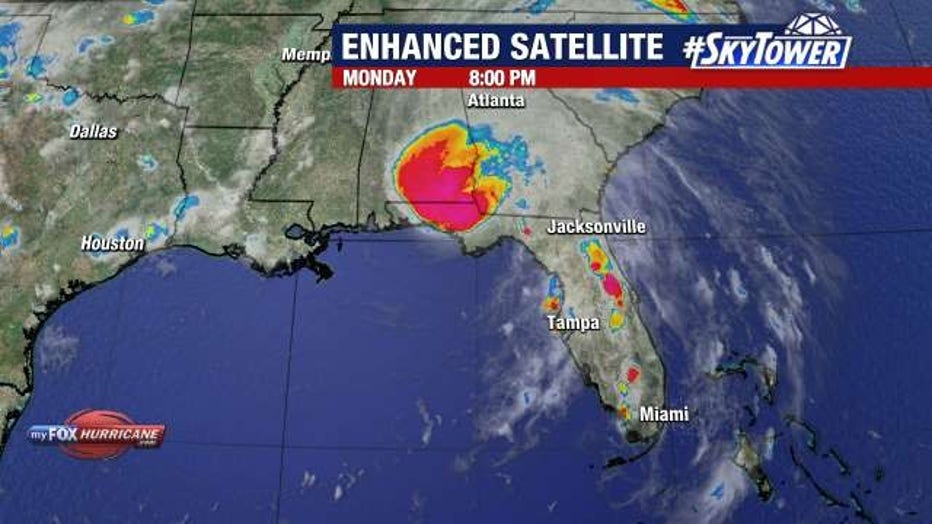 Meanwhile, Tropical Depression Grace remained disorganized as it sped west in the Caribbean. Forecasters are growing more confident that it will stay south of Cuba, giving it a better chance to survive and enter the southern Gulf of Mexico.

Tropical Storm Henri formed in the Atlantic and will likely spin out to sea.