Meteorologist Jim Weber has the latest on the tropical trio of Fred, Grace, and Henri.

Tropical Depression Grace, now a tropical storm, drenched earthquake-damaged Haiti on Monday, threatening to dump up to 15 inches of rain on a landscape where people are huddling in fields and searching for survivors. Tropical Storm Fred weakened after hitting Florida’s Gulf Coast, and Tropical Storm Henri formed around Bermuda.

The U.S. National Hurricane Center said Fred made landfall Monday afternoon near Cape San Blas in Florida’s Panhandle with maximum sustained winds of 60 mph, but those winds had slowed to 40 mph just a few hours later. The storm was moving north-northeast at 12 mph. Fred is expected to spread heavy rains over a swath of southeastern U.S. as it continues moving inland this week.

Emergency management officials in Gulf County, where Fred made its landfall, are receiving reports of downed trees and cautioning people to stay home and to be careful if they must travel.

"We do not need looky-loos getting hurt or getting in the way of the cleanup process," the agency posted on social media.

To the west in the Panama City area, Bay County Sheriff Tommy Ford posted Monday night on social media that they were through the worst of the storm, but they were still dealing with flooded roads and other damage. 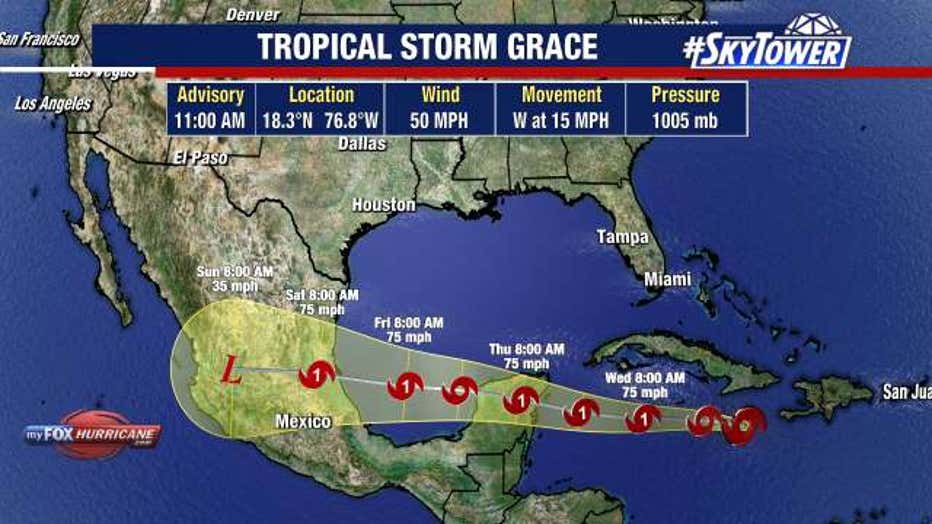 Grace, meanwhile, was centered west-southwest of Port-au-Prince, Haiti, with top winds of 45 mph. The storm was moving west-northwest at 16 mph, bearing down on the disaster area with what forecasters said could total 10 inches of steady rainfall, and still more in isolated areas. The hurricane center warned that flash floods and mudslides were possible, especially along Hispaniola’s southern coasts.

The oncoming storm couldn’t come at a worse time for Haitians struggling to deal with the effects of Saturday’s 7.2 magnitude earthquake, blamed for an estimated 1,300 deaths.

Grace was expected to become pass between Cuba and Jamaica on Tuesday and could be near hurricane strength when it approaches Mexico’s Yucatan peninsula Wednesday night. A tropical storm watch was in effect for the entire southern coast of Haiti, most of the southern coast of Cuba and the Cayman Islands. 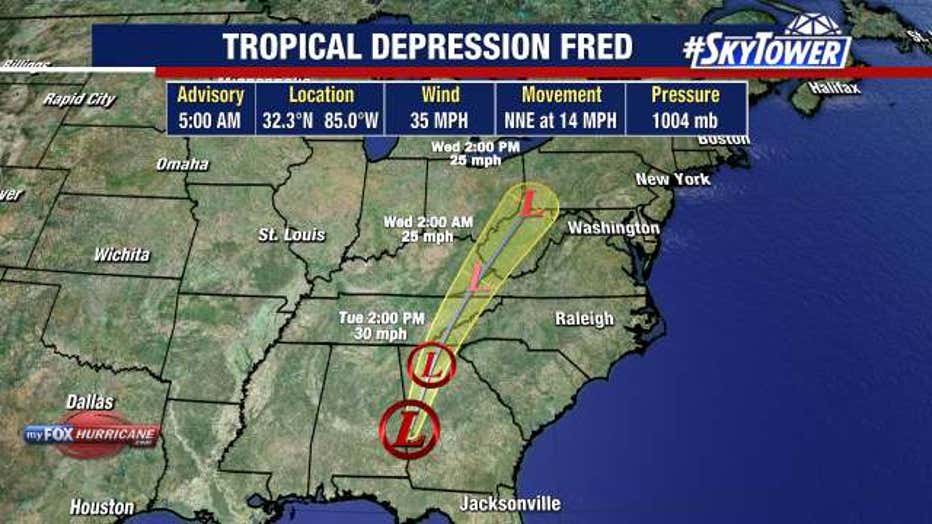 Fred’s main threats are rainfall and storm surge, the hurricane center said. Forecasters expected Fred to sustain 4 to 8 inches from Alabama across Florida’s Big Bend and Panhandle, and even a foot of rain in isolated spots, while the surge could push seawater of between 3 to 5 feet onto the coast between Florida’s Indian Pass and the Steinhatchee River.

Forecasters warned that Fred also could dump heavy rain across and into the mid-Atlantic states, with flash floods as some rivers overflow and even landslides in the Blue Ridge mountains.

Along Panama City Beach in Florida’s Panhandle, lifeguards have hoisted double-red flags, warning beachgoers against going into the Gulf of Mexico. The area braced for rain and some wind from the storm, and while no evacuations were ordered, schools and government offices were closed Monday.

Shawna Wood, who is still rebuilding the waterfront Driftwood Inn in Mexico Beach after it was destroyed by Hurricane Michael, said the area was getting a lot of rain but conditions weren’t terrible.

On the Alabama coast, the city of Orange Beach offered sand and bags to residents worried about flooding. A half-dozen school systems shut down Monday, and a large church opened as a shelter. Salt water was washing over roads and causing flooding in low-lying areas of Dauphin Island, a coastal barrier south of Mobile, Alabama, at midday Monday, Mayor Jeff Collier said. 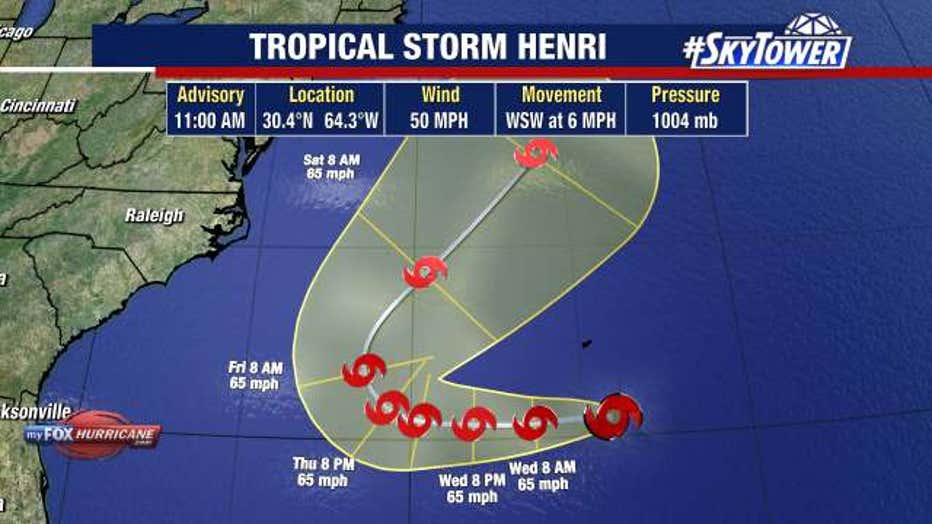 Meanwhile, the season’s eighth tropical depression strengthened into Tropical Storm Henri on Monday near Bermuda, about 140 miles southeast of the island. A tropical storm watch was in effect for the island as the system’s top winds grew to 50 mph.