TAMPA, Fla. - As Hurricane Elsa tracks toward Florida, it has been battling some westerly shear that so far has prevented the storm from being vertically aligned – a key component needed for strengthening. Despite this, the tropical storm regained hurricane status as it barreled up Florida’s west coast.

That won't have much of an effect on Elsa's impacts. Conditions will continue to deteriorate through the night, with the southern parts of the area seeing the worst impacts first. Here's what the west coast of Florida and the Tampa Bay area can expect as that happens.

Hurricane Elsa will track near or just off Florida’s west coast as it moves north. With it being a lopsided system, this will bring the threat for localized heavy rainfall and isolated tornadoes to most of the Florida peninsula. 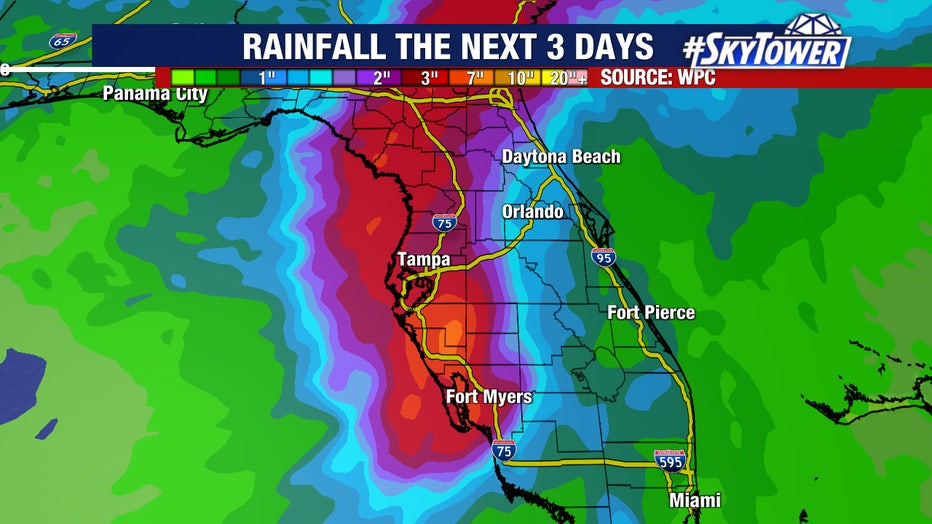 The western portions of the Florida Peninsula could see 3 to 7 inches of rain with localized totals even higher through Wednesday.

"This will likely cause areas of urban and river flooding, especially because it has been so wet recently," warned FOX 13 meteorologist Tyler Eliasen. 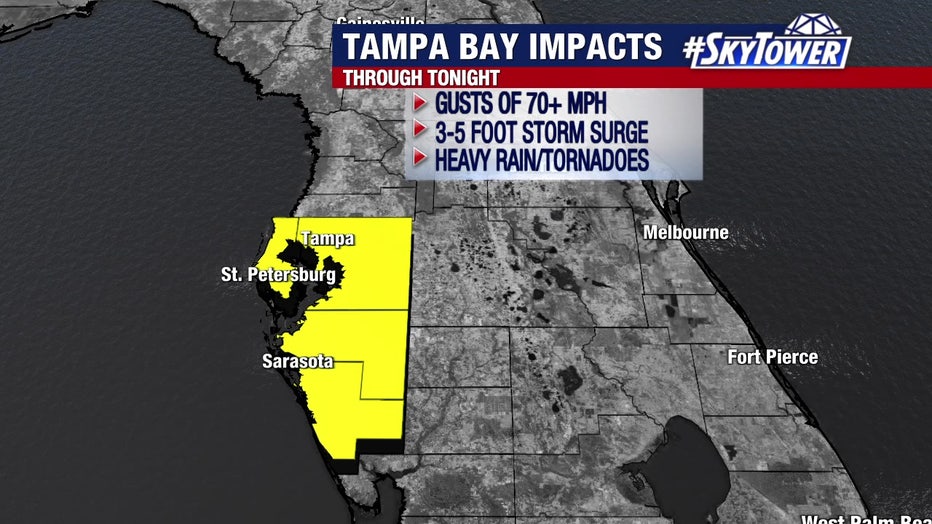 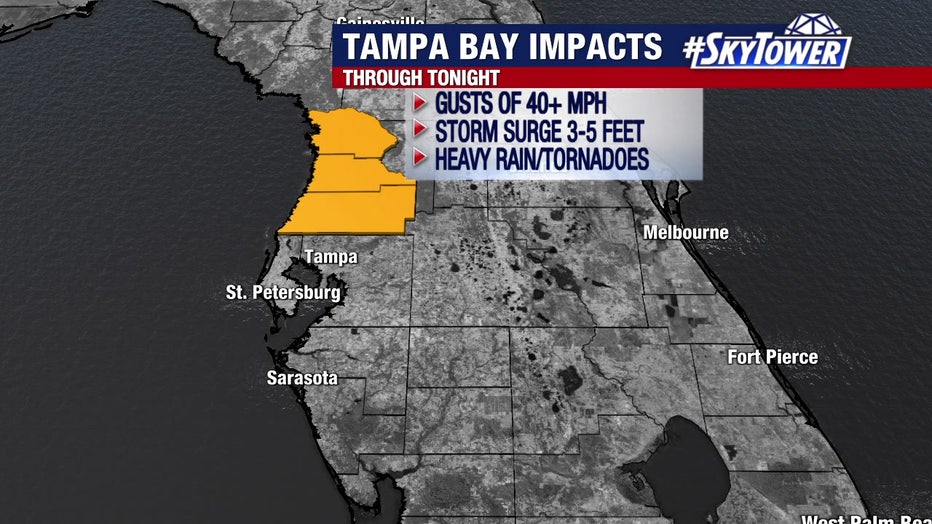 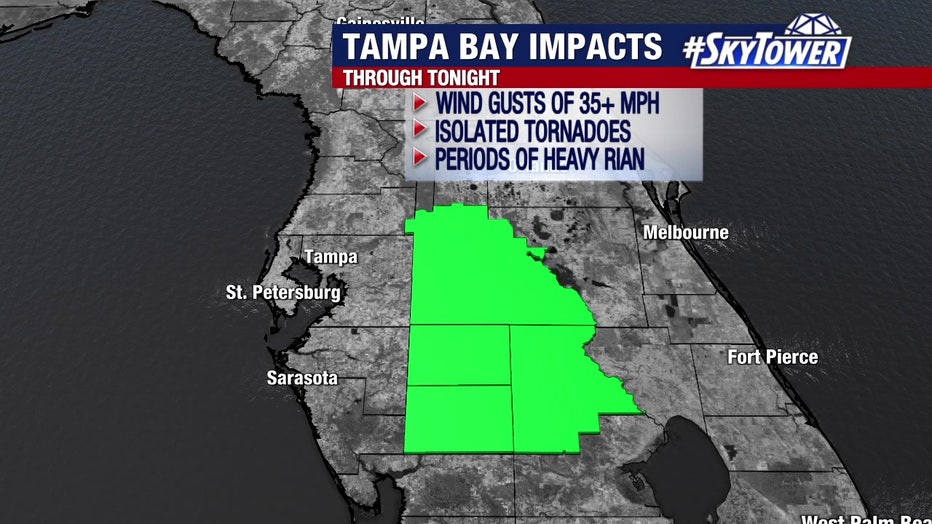 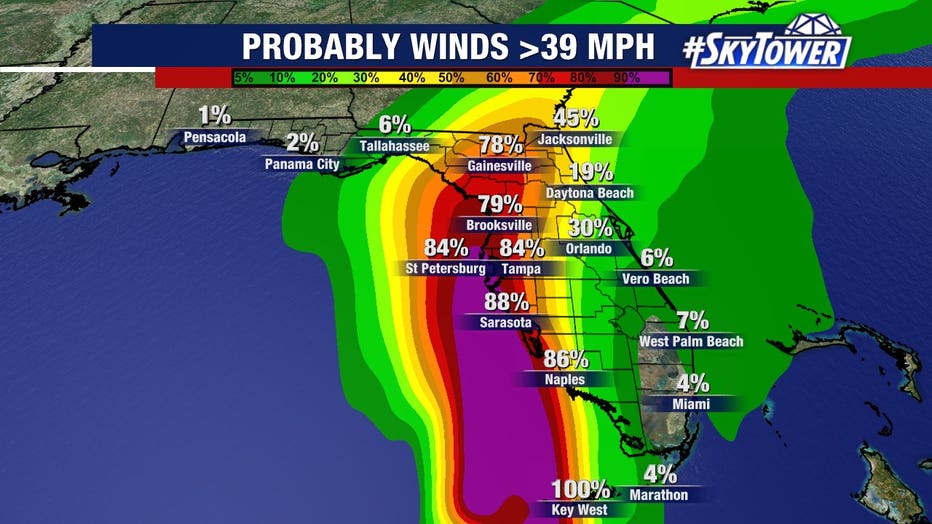 In these areas, hurricane-force wind gusts will be possible. Areas further inland are likely to experience a few tropical-storm-force (40+ mph) wind gusts.

As of Tuesday evening, tropical-storm-force winds extended outward up to 70 miles from Elsa's center. 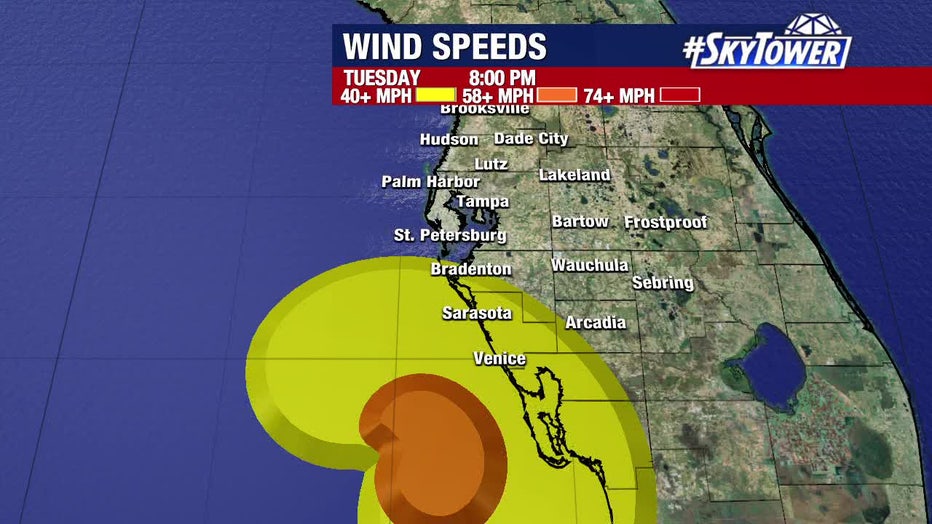 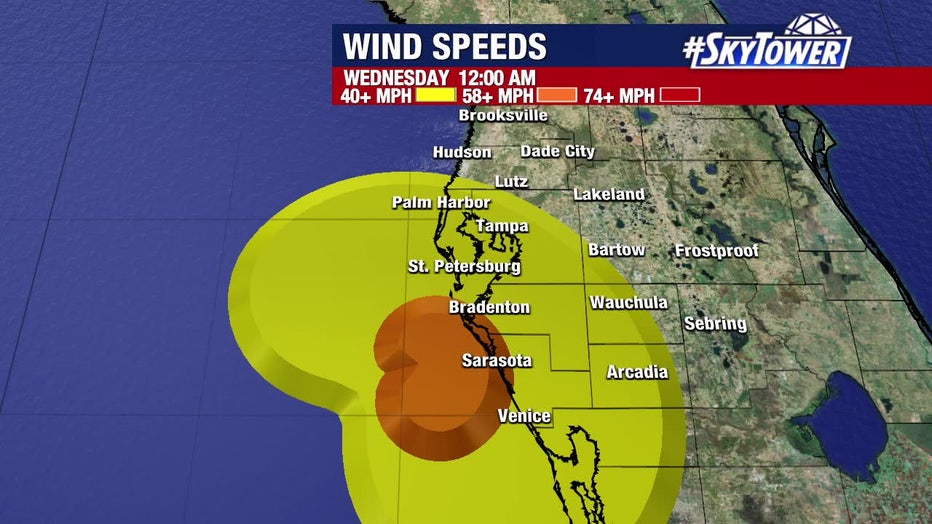 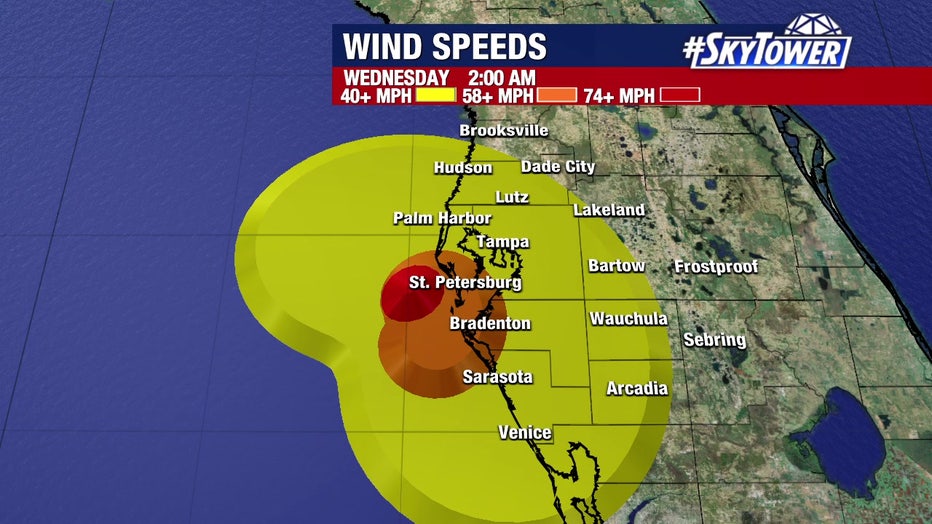 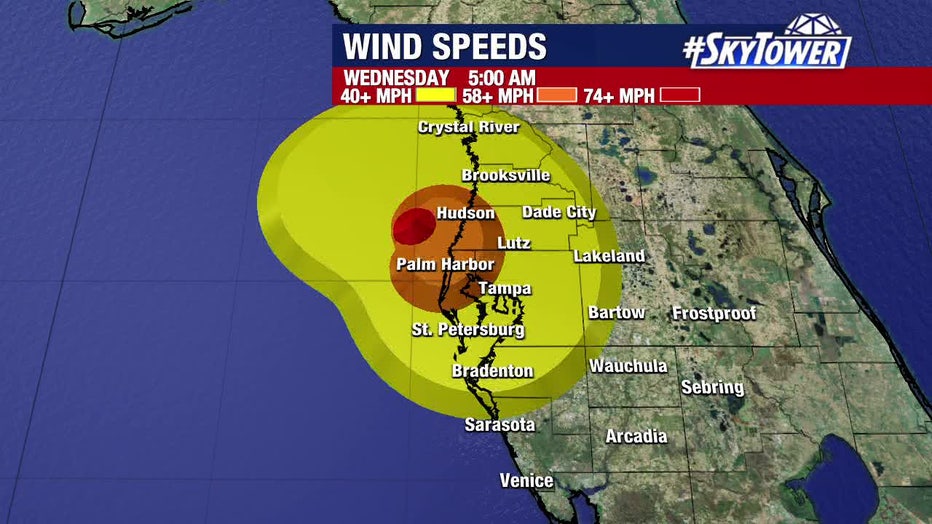 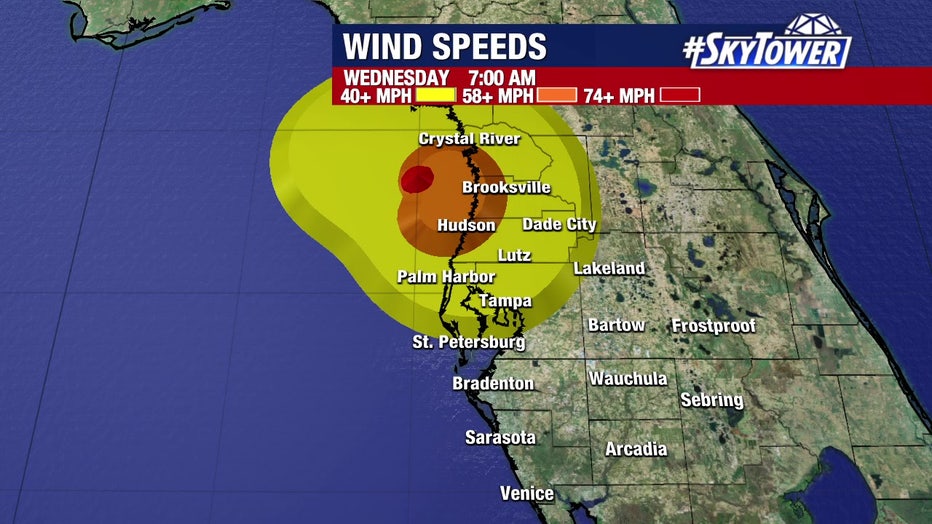 At least spotty power outages and downed trees are likely.

Isolated tornadoes are also possible as the rotating storm interacts with the land, and a tornado watch is out until 11 p.m. Tuesday.

The extent of coastal flooding from storm surge is still a bit in question at this moment, simply because track differences of 40 to 50 miles can make a big difference in the amount of surge at specific locations. This is due to the angle and duration of onshore flow.

At this point, it would be wise for those in coastal areas to be prepared for the possibility of up to 3 to 5 feet of water above normal tide levels. 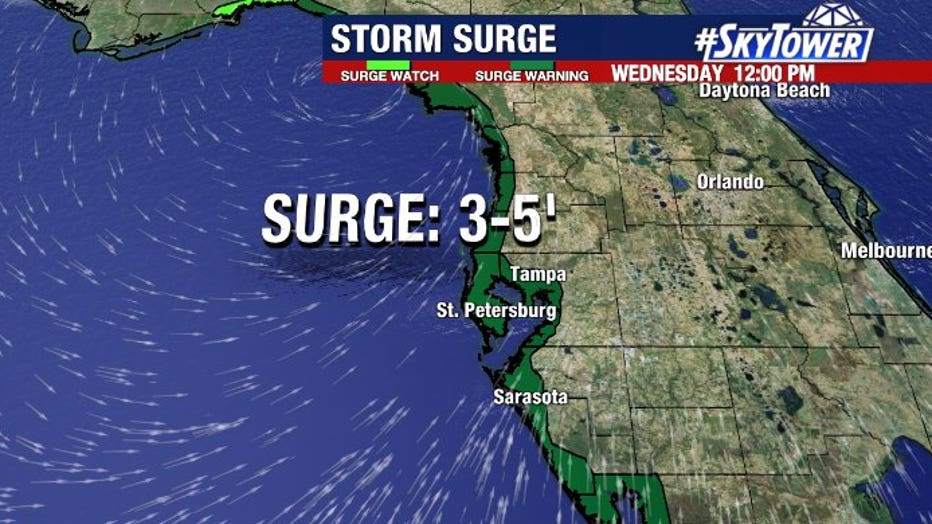 The tide will be coming in late Wednesday night, which will play a role as well. For those that remember the coastal flooding we had during Tropical Storm Eta last November, this could end up being very similar. 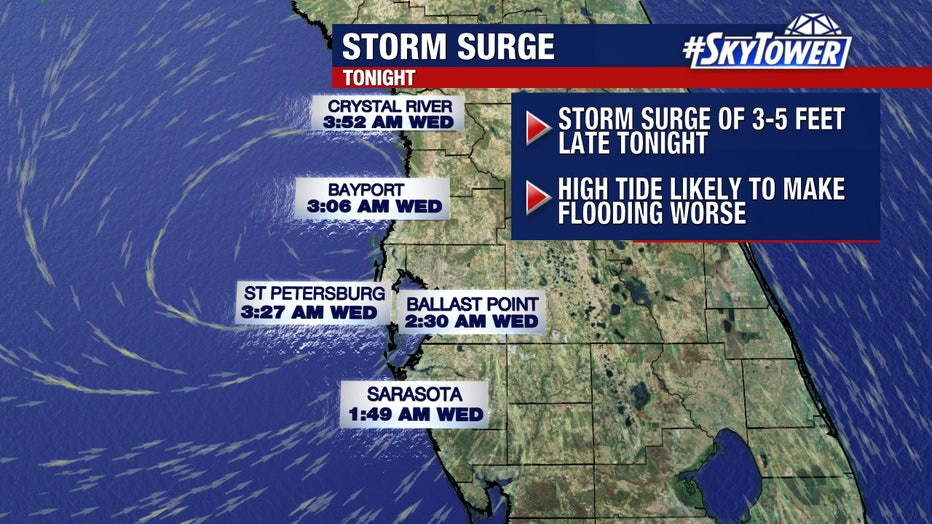