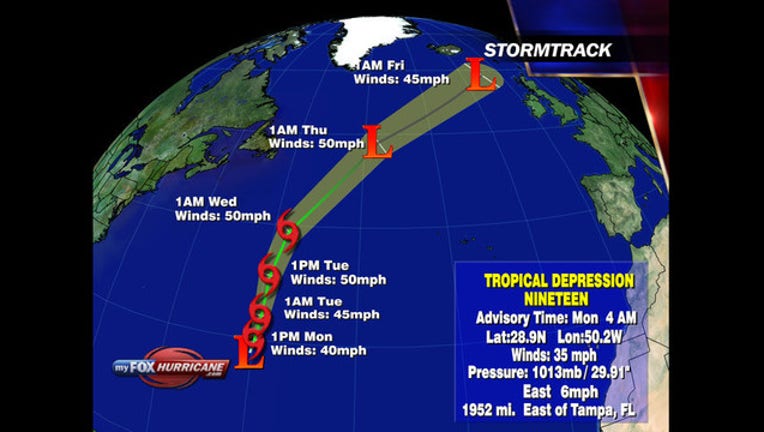 MIAMI (AP) - A new tropical depression has formed in the central Atlantic but does not currently pose a threat to land.

The depression's maximum sustained winds Monday morning are near 35 mph (55 kph). The U.S. National Hurricane Center says some strengthening is forecast and the depression is expected to become a tropical storm later in the day.

The depression is centered about 900 miles (1,445 kilometers) east of Bermuda and is moving east near 6 mph (9 kph) with a northward turn expected later in the day.