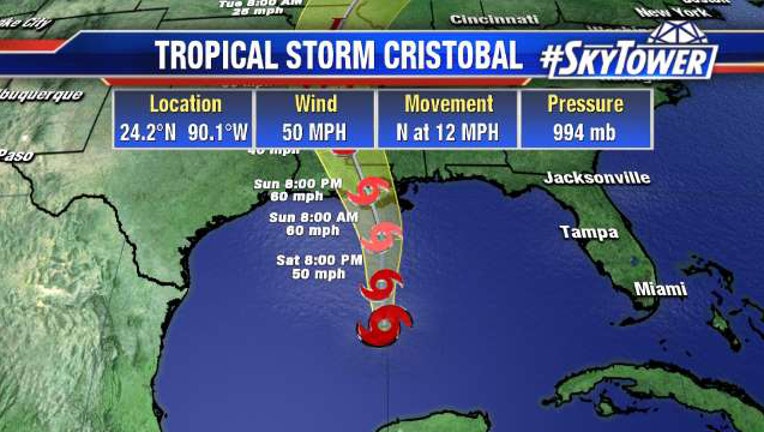 TAMPA, Fla. - A re-energized Tropical Storm Cristobal advanced toward the U.S. Gulf Coast early Saturday, bringing with it the heavy rains that already caused flooding and mudslides in Mexico and Central America.

The storm is forecast to close in on the U.S. Gulf Coast by Sunday night, gaining some more strength but not growing into a hurricane.

It could cause heavy rains from East Texas to Florida this weekend and into early next week.