TAMPA, Fla. - A low-pressure system could soon develop into the season’s latest tropical storm south of Florida. With its long-range forecast uncertain, Bay Area rain chances may go way up or way down, depending on its track.

The National Hurricane Center says there is now a 70-percent chance that the area of low pressure, currently sitting near Grand Cayman Island, will organize into a tropical depression over the next two days.

The system is forecast to move north over western Cuba. After that, though, its track is not as clear.

If it curves northeast near or over the southern part of the state, that would bring locally heavy rain to South Florida, but lower rain chances further north.

“You think, ‘OK, why is that going to decrease the rain chance?’ Think about how circulation is around areas of low pressure, it’s a counter-clockwise flow,” explained FOX 13 meteorologist Tyler Eliasen. “So as we get a storm that maybe moves south and east of us, up towards the Bahamas – if it even is a storm – it’s going to draw in some drier air which would help decrease the rain chance for us late in the weekend.” 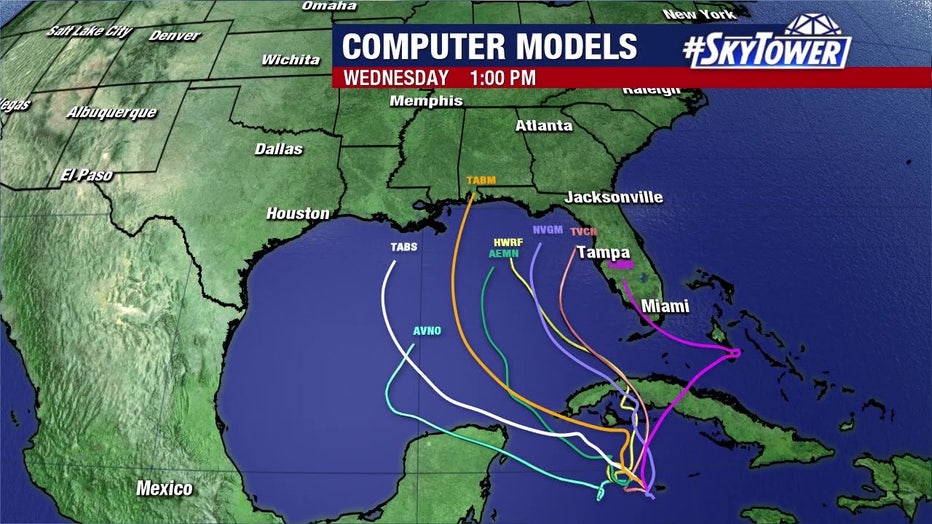 Some recent model runs, though, are hinting at the possibility of a track further west into the eastern Gulf of Mexico, which would lead to more widespread impacts across Florida, including the Bay Area.

"This is something we have to keep a close eye on over the next several days," Eliasen added. "Until a storm actually forms...it's very tough for the models to play out how things will evolve in terms of track."

Should the system become a tropical storm, the next name on the Greek list is Zeta -- which has only been used once before.

LINK: Forecast and models on MyFoxHurricane.com 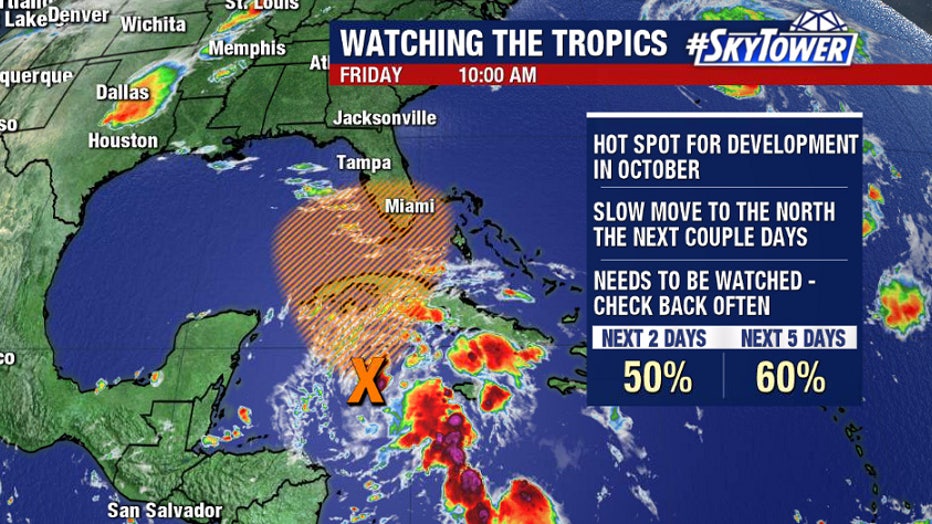 Meanwhile, a weakened Hurricane Epsilon is moving northward over the Atlantic Ocean, a day after skirting well east of Bermuda.

Epsilon's top sustained winds fell Thursday to 85 mph, dropping it from a Category 2 to a Category 1 storm.

The U.S. National Hurricane Center says Epsilon was about 225 miles northeast of Bermuda on Friday. Bermuda weather officials on Thursday evening had discontinued a tropical storm warning for the Atlantic island.

Gradual weakening is expected into the weekend, but large ocean swells could cause life-threatening surf and rip current conditions along the coasts of New England and Atlantic Canada in coming days.