LOS ANGELES - It's not always easy for retirees to find something to do with their new free time, but Rob Gronkowski sure doesn't have that problem.

Not only has the former NFL star decided to try his hand in the world of professional wrestling, but he gave it a go in a singing competition, too.

Until Wednesday night, he donned the White Tiger costume on FOX's hit show "The Masked Singer." He became the first contestant from the Super 9 to be eliminated.

"I'm going to definitely miss being the White Tiger, you know," Gronkowski said in his exit interview. "Hopefully, 'The Masked Singer' gets picked up in clubs and bars and I can become the White Tiger again and go and perform."

Gronk strutted his stuff Wednesday night as he performed “I’m Too Sexy” by Right Said Fred. In past weeks, his performances have included “We Will Rock You” by Queen and Vanilla Ice's “Ice, Ice Baby."

Prior to his singing forays, Gronk was well-known for his dance moves. If he wasn't dancing in the end zone after a touchdown, he was dancing in the locker room with his teammates, which is why he said a few of them called him after watching the show.

"One or two of my teammates did contact me, like, 'Dude, that is definitely you. I know your moves. I've seen those moves in the locker room plenty of times," Gronkowski said.

Jenny McCarthy-Wahlberg and Robin Thicke both knew Gronkowski was behind the mask.

"You know, I kind of felt like they knew it was me the whole time," the three-time Super Bowl champion said. 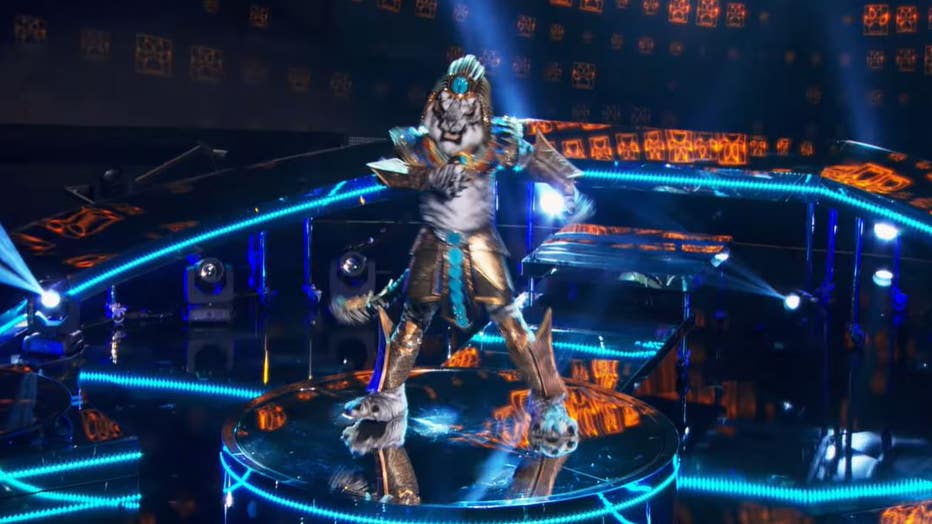 Former NFL star Rob Gronkowski was revealed as the White Tiger on Wednesday night's episode of "The Masked Singer."