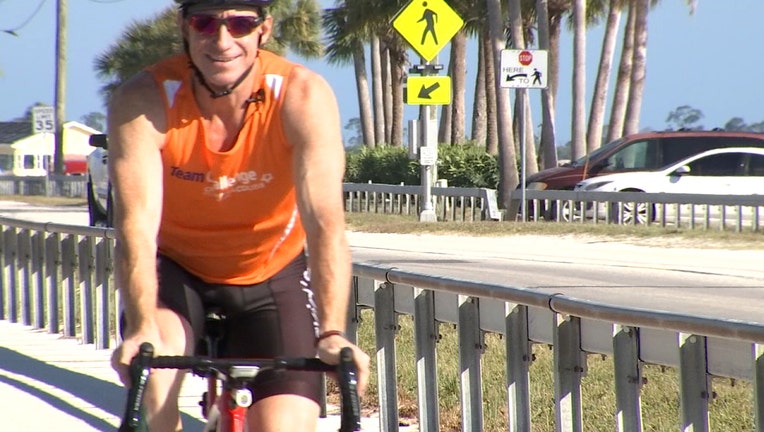 Michael Hoogsteden went on a bike ride across the country in honor of his late wife.

After more than 200 hours, Michael Hoogsteden completed his journey across the country on his bike in memory of his late wife, Wendy.

According to his Facebook post, he crossed 13 states, rode 3,450 miles through 3 mountain ranges and stayed in 38 hotels to complete his mission. He did it after experiencing only three flat tires.

In October 2018, Wendy succumbed to complications from Crohn’s disease and colitis within a short period of time, Michael explained.

"It was always Wendy and I's dream to travel the country together – from coast-to-coast -- so we will have our cross-country journey together,” he told FOX 13. “The day she passed away, I was enraged that this disease took the love of my life."

“Then, I decided to make a difference in the lives of people who are still suffering from that disease," he added.

He completed the ride of his life to bring attention to the disease through the Chrohn’s and Colitis Foundation. Ever since he can remember, Michael loved riding his bike. He loved it so much that in his teenage years he rode for a number of causes to raise money and awareness.

He began is trek in September, and completed it this week.

LINK: To following his fundraising and progress, head over to the Crohn’s & Colitis Foundation of America website.