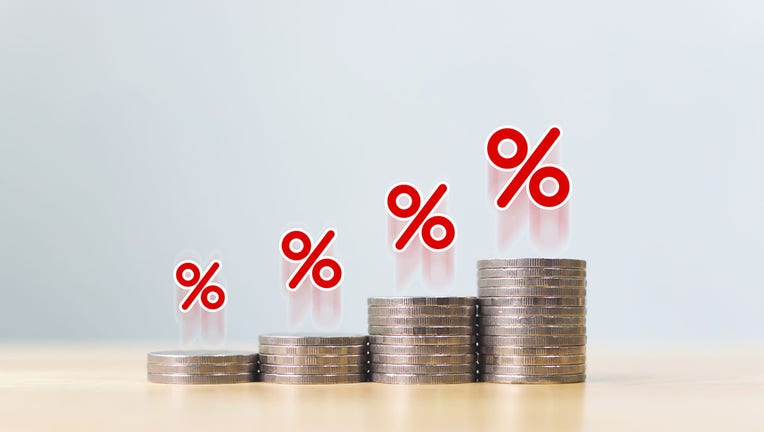 The Federal Reserve recently released its minutes showing it is talking about raising rates if inflation doesn't slow. (iStock)

Rising inflation and what can be done to combat it was discussed during the Federal Open Markets Committee's (FOMC) November meeting, according to its meeting minutes. While Federal Reserve members, including Chairman Jerome Powell, maintained agreement that rising inflation is short-term, they stated that it's taking longer to drop than initially expected.

"Participants generally saw the current elevated level of inflation as largely reflecting factors that were likely to be transitory but judged that inflation pressures could take longer to subside than they had previously assessed," the minutes said.

If the Central Bank raises the federal funds rate, interest rates could be going up. You can take advantage of current low rates by refinancing your private student loans. Visit Credible to compare lenders and find your personalized rate in minutes.

BIDEN'S BUILD BACK BETTER BILL: HALF OF VOTERS SUPPORT PLAN BUT MANY FEAR INFLATION WILL WORSEN, POLL SHOWS

Inflation is currently rising at its fastest pace in decades, increasing 6.2% annually in October, according to the latest Consumer Price Index (CPI) data. Now, some members of the Federal Reserve Bank are determining whether to change the current monetary policy and raise the federal funds rate sooner than expected to combat inflation pressures.

"Various participants noted that the Committee should be prepared to adjust the pace of asset purchases and raise the target range for the federal funds rate sooner than participants currently anticipated if inflation continued to run higher than levels consistent with the Committee’s objectives," the minutes stated.

Some participants suggested the current plan of tapering asset purchases by more than $120 billion in bond purchases each month may need to be increased by $15 billion per month. This would put the Fed in a better position to raise rates.

After the Federal Reserve ends its economic stimulus and eyes a federal funds rate hike, interest rates could increase. You can capitalize on low rates now by taking out a personal loan to pay down other high-interest debt. Visit Credible to speak compare multiple personal loans at once and choose the one that is the best fit for you.

INFLATION TO RISE BY 5% BY END OF 2021, ECONOMIST PROJECTS: THIS IS HOW INTEREST RATES COULD BE IMPACTED

While the Fed is considering on when to raise rates, COVID-19 and its variants continue to be a cause for concern.

"The sectors most adversely affected by the pandemic had improved in recent months, but the summer’s rise in COVID-19 cases had slowed their recovery," the Fed stated in its minutes.

And now, the new Omicron variant could put even more pressure on the economic recovery. Financial markets are currently worried that the variant could lead to new restrictions and further boost inflation.

"Participants noted that the path of the economy continued to depend on the course of the virus," the minutes stated. "Progress on vaccinations and an easing of supply constraints were expected to support continued gains in economic activity and employment as well as a reduction in inflation, but risks to the economic outlook remained."

The Federal Reserve is expected to raise rates above its target rate of 0% to 0.25% next year if the economic recovery continues. If you want to take advantage of today’s low rates, consider refinancing your mortgage to lower your rate and save money on your monthly payment. Visit Credible to speak to a home loan expert and get all of your questions answered.